Apart from leading his own research groups, Sybrand played important roles in the creation of large research initiatives such as national Top Institute NIMR-M2i, the Delft Centre for Materials DCMAT and the national program on Self Healing Materials. For this  the TU Delft awarded him the honorary title of 'distinguished professor'. His own research lead to over 600 publications in scientific journals and he supervised 65 PhD theses mainly in Delft, but also in UK, Germany, Norway and Austria. His pioneering research on self healing materials brought him a honorary doctorate from Mons University as well as gold medals from German, French, American, English and Chinese materials science societies for his research on metals.

Over his 30 year TU Delft career Sybrand has taught different versions of the BSc course 'Introduction to Materials Science' at the Materials Science department, at Industrial Design, at Chemical Engineering, at Maritime Engineering, at Applied Physics and finally at Aerospace Engineering. At AE he set up and gave several MSc courses on more advanced topics in materials science. He has been an instructor of the course 'Ethics for Technology and Engineering' for fifteen years. 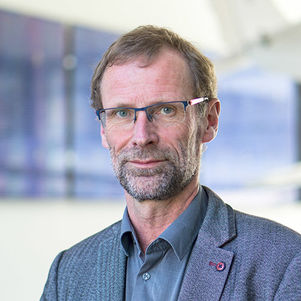