Calving and adaptation to the new lactation are critical transitions for dairy cows. During early lactation, cows have an increased risk of diseases and disorders. Some cows may be more prone to get sick than others. Akke Kok is a researcher at the Wageningen University and Research and postdoc at DeSIRE. In her research she tries to find a way to quantify the resilience of a cow before the onset of disease.

Indications for the resilience of a cow
“A cow with a higher resilience is more likely to stay healthy, and recovers more quickly if she does become sick. This is better for the farmer, and better for the animal. The farmer loses less time and money to treatment. The cow is healthier, and has a better life because of that” Akke Kok explains. There are two ways to increase the resilience of a cow. “One way to do this is to select for cows with a higher resilience. Another way to do this is by making changes in housing and management, to reduce the disturbances a cow is facing. A farmer can make changes that decrease disturbance on the farm, which leads to an increase in the wellbeing of the cows. For example, proper ventilation can reduce experienced heat stress, and good management can facilitate adaptation to lactation.”

The researcher is looking for ways to determine which cows have a high, and which cows have a low resilience, in the absence of disease. In a first attempt, she was researching if fluctuations in milk production could be an indication for the susceptibility of a cow for the udder disease mastitis. “Fluctuations in milk yield were increased in cows with mastitis, but only after the onset of the disease. As such, milk fluctuations in the absence of the disease were not informative of resilience. Currently I do research to find out if the lying behaviour and other aspects of the milk production of cows can be used to quantify resilience. Eight dairy farm in the Netherlands provided me with lying and activity data. I am currently analyzing this data in combination with health records and milk production data.”

Deviations in lying patterns of dairy cows can provide insight in the degree of disturbances on the farm, as well as the individual response to these disturbances. A number of these disturbances are known. A heat wave in summer, for example, or a calving event. When there is a sudden change in lying patterns and milk production, the cause can also be an unknown disturbance. “If I find an unexplained fluctuation for the whole herd, I can ask the farmers if they are aware of the cause” says Akke Kok. “By doing this, we may identify disturbances that were unknown to us, prior to this research. This understanding can help to strategically reduce the disturbances on a farm. This will increase animal wellbeing.”

The future of the research
Cows whose behavioural patterns are less affected by disturbances may also be more resilient. If lying behaviour and stability of milk production are an indication of a higher or lower resilience, these can be used to identify less resilient cows already prior to disease. Moreover, these measures can be used to evaluate management strategies to reduce disturbances, and to select cows for their robustness. Together this allows for having a herd that is better adapted to disturbances, has a stable milk production, and is less susceptible for diseases.

Her current research will continue for one and a half year. “If lying behaviour and stability in milk production do not indicate the resilience of a cow then more research is needed” says Akke Kok. “Researching the metabolome of cows is one of the possibilities to identify indicators for cow resilience. This means that we will analyze small molecules or ‘metabolites’ in the saliva, blood or urine of the cow.”

Akke Kok is a post-doc within the DeSIRE Programme of 4TU Centre for Resilience Engineering. She works on measuring and modelling resilience of individual animals. To maintain her own resilience during the pandemic she likes to run. 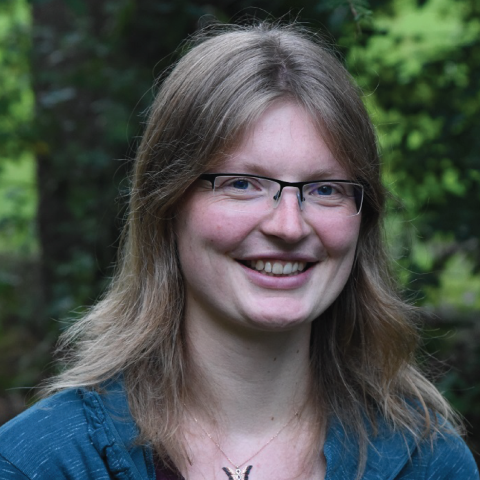