The 4TU.Federation has appointed Vinod Subramaniam (Madras, 1967) of the University of Twente as its new chair with effect from 8 March 2022. Subramaniam succeeds Louise Fresco (Wageningen University & Research) who held the position for the past two and a half years.

In her term as chair, Louise Fresco worked at strengthening the relationship between engineering and other sciences, given the major social transitions the Netherlands will be facing in the coming time, such as  climate change, or transitions in energy, transport, spatial planning, health care and food. ‘By continuing to invest in research, education and valorisation, we want to ensure that the Netherlands has the relevant knowledge and engineers at its disposal in the years ahead too. What is expressly required is inclusive technology with a human face. With their excellent research, socially aware engineers and innovative spin-offs, the four universities of technology play a crucial role in this regard,’ according to Fresco.

The past two years, Fresco championed the Aanjagers van Technologie, a group of ambitious students from the four universities of technology working on concrete initiatives such as het Het Waterstofschap, het Preventientje en de Melktap together with the business community and public authorities in order to accelerate the societal transitions. Her term of office also saw the launch of a second edition of the research programme High Tech for a Sustainable Future. In this programme 4TU is investing 15 million euros in programmes in which talented young scientists – tenure trackers – work on particular societal themes together with their teams. 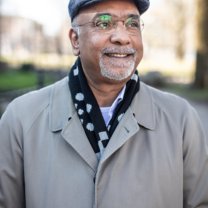 “The labour market requires technically trained workers at all levels, from builders and electricians to academically trained engineers. For me, 4TU has a role to play in ensuring that the parties in the education chain remain in dialogue in order to create a range of suitable training options for these future talents.”
Vinod Subramaniam
Chair 4TU.Federation

The new 4TU chair Subramaniam also emphasises the importance of technology for society, in which he envisions an important role for interdisciplinary cooperation. ‘The major challenges we are faced with, demand new kinds of consortia in which we as the universities of technology do not focus on the scientific and technical aspects alone, but must focus on the acceptance and user side too. Better solutions can be reached by collaborating closely with sociologists, behavioural scientists and other disciplines at the front end.

Vinod Subramaniam also wants to promote more intensive collaboration with mbo (secondary vocational education) and hbo (higher professional education. ‘The labour market requires technically trained workers at all levels, from builders and electricians to academically trained engineers. For me, 4TU has a role to play in ensuring that the parties in the education chain remain in dialogue in order to create a range of suitable training options for these future talents.’

Just like Fresco before him, Subramaniam recognises the importance of continued investment in education and research. He considers it relevant to align these investments with the various national and European funds available. ‘Inviting 4TU to the negotiating table in time, will enable us and these funds to jointly ensure that there is a good match between plans on paper and the scientists and engineers who ultimately will be implementing these plans.’ says Subramaniam. 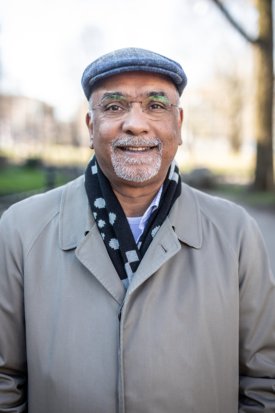 Prof. Vinod Subramaniam (born 1967) was appointed President of the Executive Board of the University of Twente on 1 September 2021. Prior to this, he was Rector Magnificus of VU University Amsterdam, from September 2015 to September 2021. Vinod's links with the University of Twente stretch back years: he was professor of nanobiophysics until 2013, and director of research of the MIRA Institute for Biomedical Technology and Technical Medicine, currently known as the TechMed Centre, from 2012 to 2013. In his scholarly work, Vinod concentrated on, among others things, the causes of neurodegenerative diseases such as Parkinson's and Alzheimers’ by studying irregularities such as the misfolding and accumulation of the relevant proteins in the brain.

Prof. Dr. Ir. Louise O. Fresco (born 1952), expert in food and agriculture, has been President of the Executive Board of Wageningen University & Research since 1 July 2014. Between 2006 and July 2014 she was University Professor at the University of Amsterdam. Prior to that, she was Assistant Director-General of the FAO, the UN's Food and Agriculture Organisation based in Rome. In addition to her positions as academic and manager, she is an author and a columnist for NRC Handelsblad newspaper. Her publications include Hamburgers in het paradijs (Hamburgers in paradise) and the novels De Plantenjager uit Leningrad (The Plant Hunter from Leningrad), De kosmopolieten (The Cosmopolitans), De utopisten (The Utopians) (shortlisted for the Libris Literature Prize) and De idealisten  (The Idealists). 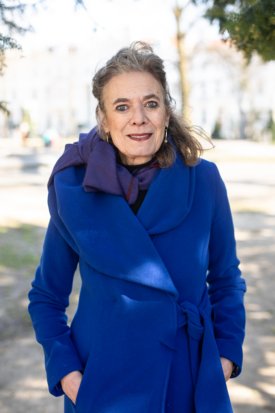 The four universities of technology in the Netherlands are united in the 4TU.Federation. 4TU is committed to the strengthening and pooling of technical knowledge. The universities of technology want to ensure that there are sufficient and well-trained engineers and technical designers and that leading international and socially relevant research takes place, and to promote collaboration between research institutions and businesses. For more information about the eleven joint research centres and the research, education and valorisation programmes: www.4tu.nl/en/