TU/e startup Hable wins the third edition of the 4TU Impact Challenge, a competition for the best idea from students from the four Dutch universities of technology.

The final of the 4TU Impact Challenge took place on the eve of Slush 2021, the biggest tech event in Europe. The jury chose Hable, a start-up from the Eindhoven University of Technology, as the winner. The company has developed a device that enables blind and visually impaired people to control their smartphones by means of Braille. 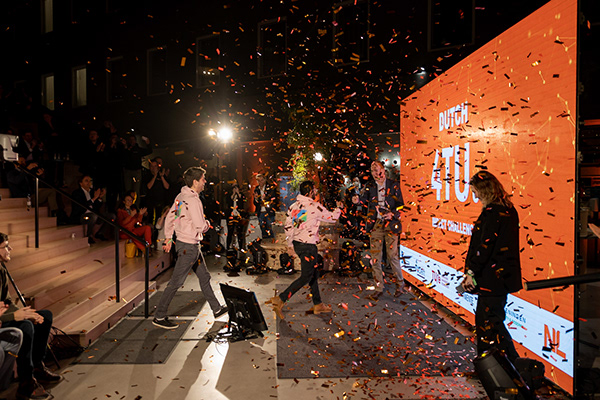 “This way, they can still stay connected to the people around them,” says Ayushman Talwar, co-founder of Hable. The jury considered the entrepreneurs of Hable to be very special because they have very good contact with their users and customers. Consequently, their product fits in seamlessly with the needs of their users.

In the 4TU Impact Challenge, the best students from the four Dutch technical universities compete against each other. Each university had already held its own preliminary round in the spring. Two student teams per university were chosen. They pitched their idea during the national event, which took place this year in Helsinki (Finland) during the Slush event.

From stopgap solution to start-up

The founders of Hable are highly motivated to help blind and visually impaired people all over Europe with their device. Ayuahman Talwar initially developed the first prototype of the Hable One, as the product is called, for his blind grandfather. At the time, he never expected it to grow into a fully-fledged start-up, as he previously told.

The Hable One is a separate device that links to a smartphone. It enables the blind and visually impaired to type and navigate through their phone. The six keys lets them type all alphabetic letters, numbers and punctuation marks with the aid of Braille. The smartphone itself can be left in a bag or pocket while calling or apping.

The eight finalists of the 4TU Impact Challenge will be in Finland for the next few days. During the Slush event, they will get to talk to other entrepreneurs and potential investors with the aim of taking their start-up company to the next level. “We are really looking forward to this,” says Freek van Welsenis from Hable after he received the trophy. 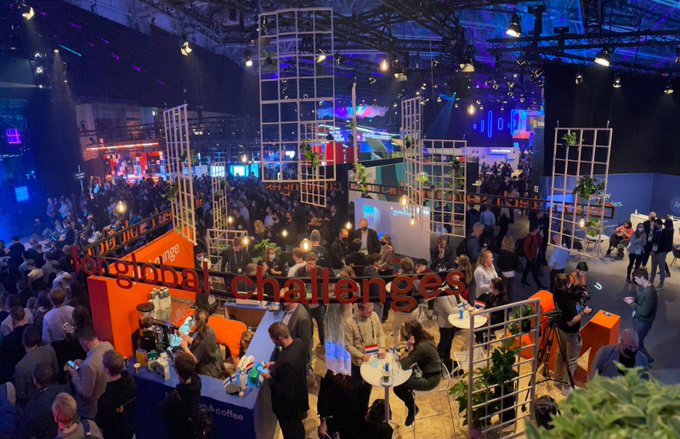 The NL Lounge at Slush 2021. Startups from the Dutch TU's looking for a piece of the world's largest venture capital pool

All of the finalists are working on widely different but promising innovations, from deep tech to handy online tools. Coapath (TU Delft), for instance, is working on a new test to quickly and affordably test crops, such as potatoes, for viruses and parasites. While InsectSense (WUR) wants to use the strong sense of smell of bees to recognise viruses such as COVID-19.

The mission of the Dutch 4TU Impact Challenge is to offer the brightest minds of the four technical universities in the Netherlands a platform for entrepreneurship. During the preliminary rounds held at the separate universities the two best ideas were selected per university. They got help from a broad partner network in overcoming the first hurdles on the way of entrepreneurs.