Optical chips for better use of existing fibre network

EFFECT Photonics - a spin-off from TU Eindhoven - makes optical chips for telecommunications. These chips allow more data to be sent simultaneously over a fiber optic network. This prevents cities to lay more and more glass cable. A good development now that the 5G network is taking shape and extra bandwidth is required.

The spin-off of the spin-off
This article has been created in cooperation with Innovation Origins. In this series, we talk about the stories behind the spin-offs of the four Dutch technical universities and TNO. In spin-offs, science and entrepreneurship come together to bring a new technology to the market. These companies are a driving force behind innovation in the Netherlands. 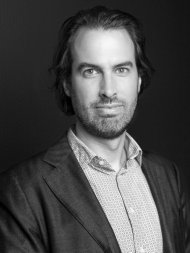 EFFECT Photonics makes optical chips for telecommunications. These chips allow more data to be sent simultaneously over a fiber optic network. With digitization and the emerging Internet of Things, more and more bandwidth is needed on networks. That’s where EFFECT Photonics can help. Last month, the company raised €31 million in an investment round. With this funding, EFFECT Photonics will further scale up the production of its chips. In addition, the company wants to optimize its existing chips and develop a new generation of even better products. “I am very happy that the investment round succeeded. Especially in coronavirus times, it is difficult to find investors,” states Boudewijn Docter. “We can now move on to the next phase.”

EFFECT Photonics started over 10 years ago as a spin-off from the Technical University Eindhoven (TU/e) in the Netherlands. It is now a large company with branches in the Netherlands, the United Kingdom and Taiwan. Its optical chips, for example, also contribute to the development and rollout of the 5G network. “We make components for the equipment of Nokia and Ericsson, for example. These companies in turn supply equipment to network builders such as KPN and VodafoneZiggo to build a telecommunications network,” he says.

Many cities and towns now have a fiber optic network. “It’s basically nothing more than a cable of glass,” Docter says. At the beginning and end of the cable is a so-called transceiver with a photonic chip inside. This transceiver sends and receives the data sent over the cable. “To send data from your home to the district exchange, a relatively simple chip is sufficient. To connect to an undersea cable to America, more power is needed,” Docter explains. And the demand for bandwidth, both in the district and between continents, keeps on increasing. “It is not practical to keep laying down more and more fiber optic cables, which is very time-consuming and expensive. That’s why we have to make better use of the network that is already there,” he says. This can be done with optical chips.

“We can use optical chips to send different colors of light over the same fiber optic cable. This is similar to using a highway: You don’t just use one lane on the highway, you use 100 lanes at the same time,” Docter says. As the demand for bandwidth increases, EFFECT Photonics must develop better and better chips. This way, the data highway of the future might be able to go to 200 or 300 lanes at a time. The technology is also being used in the transition from 4G to 5G, which requires more bandwidth. “Your phone connects to a transmission tower but from the transmission tower there is a fiber optic cable to a regional distribution point,” Docter says. So 5G requires more bandwidth.

There is still plenty of room for growth for EFFECT Photonics in the coming years. “We want to start producing more as a result of the investment round. If we produce more, we can also sell more – all over the world,” Docter states. Seeing that growth and development is what makes entrepreneurship interesting for him, but he also remembers well how it all started. “We had a small office on the TU/e campus,” he begins. “We did all the research and everything right there in the lab of the university, even after we had already moved to an office at Strijp-S in Eindhoven.”

In addition, EFFECT Photonics received support from the university in building a business case, setting up the company and securing initial funding. One of the first investments came from Bright Move, an early-stage funder in the Brainport region. By now, the company has more than outgrown the university, but the bond remains. “We still regularly do projects together or trainees from the university come to work for us,” Docter says.

That bond is also very important, according to a business developer at The Gate, TU/e’s monetization department, Frank van Ven. “We always conclude a cooperation agreement with spin-offs,” says van de Ven. At the university, for example, fundamental research into important developments can still be done together with the spin-off. This is a great starting position for both the company and the university. “This way the company gains more insight into the fundamental side of their future products and for the university it is nice to see that research really lands in a company after a number of years”, says van Ven.

Van de Ven continues: “As a business developer, it is nice to see a company grow from the university. The university was there from the very beginning. Business developers hold initial discussions with researchers to see whether their invention can really lead to starting a company. This is often followed by intensive guidance until the company is founded. At EFFECT Photonics this has worked out well; It is now a truly mature organization.”

Docter saw starting up and running a company as an exciting prospect, but that is not the case for all scientists. “That’s another reason why I think a good relationship with the university is important. That way students and researchers see that their ideas can really lead to successful companies,” he states. Docter also coaches a number of student teams with this in mind. “They are working on really cool things and trying to make a real impact,” Docter says. He also sees this in his own employees. “Many employees enjoy working for us because it allows them to have an impact on the communication of the future,” he states.

This is how Docter himself started. “As a start-up, money is not that important – you want to do beautiful and fun things above all. That is possible because at that time you are with a small group of entrepreneurs,” he says. “Now it’s different. We are now a large company with two hundred employees. So there are also two hundred families depending on us. That means that sometimes we have to opt for more security and have to be able to explain our choices really well.”

For the time being, EFFECT Photonics is still focusing on telecommunications, but that might change in the future. “We also often get questions about whether we can make applications for other sectors,” Docter says, such as chips for satellite communications or for the laser systems in self-driving cars. “We don’t have the capacity right now to work on everything at the same time, but who knows, we might start doing that.” Docter sees a more advisory role for EFFECT Photonics in the future, with products suitable for multiple applications. “A kind of NXP but for photonics. We have gained a lot of knowledge about optical chips in recent years. With that, we might be able to help other companies again.”

HomeValorisationNewsOptical chips for better use of existing fibre network
All news