The latest 3D model for developing new types of steel has been presented at the Digitally Enhanced New Steel Product Development (DENS) research programme half-yearly event. Researchers from TU Delft, Eindhoven University of Technology, the University of Twente, and the Max-Planck-Institut für Eisenforschung in Düsseldorf have spent the past three years working on the model. Each of the phases involved in the production of steel now can be simulated in the model. The ultimate aim is to develop the ideal steel – strong and easy to deform.

The road to better steel

All the parties involved were present at the DENS event, at which the most recent version of the 3D model was presented by programme leader Kees Bos (Tata Steel; TU Delft). Using the model, it is now possible to accurately describe each of the stages in the steel production process - from hot and cold rolling to annealing – and to calculate their associated mechanical properties. For example, steel’s properties are affected by whether it is cooled quickly or slowly. ‘By adjusting the process conditions and the composition of the steel, you can improve its properties and make it stronger, for example,’ explains Kees Bos.

The ultimate goal of the research group is to develop better steel qualities quickly and inexpensively with the help of improved simulation models. Bos says: ‘We improve our simulation models by calibrating them in the controlled environment of the lab and on the factory floor, where the conditions such as the temperature can be very different. We are now entering our final year with DENS. Our aim is to make one last breakthrough in the quality of the 3D model.’ 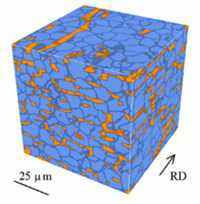 A typical dual-phase microstructure. The ferritic phase of the steel is blue; the martensitic phase is orange. The dark cells show the boundaries between differently oriented crystals. The rolling direction is shown as ‘RD’ 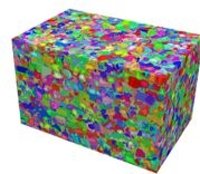 The microstructure after the continuous annealing stage. The crystals are colored based on the crystal orientation, a recent addition to the model that allows to better describe the microstructure development and to calculate the associated properties more accurately 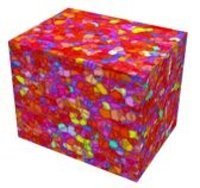 A microstructure during hot rolling when the steel is in the austenitic phase. Again, the crystals are colored based on the crystal orientation (which clearly has a different distribution than after continuous annealing)

Tata Steel, the industrial co-financer of the research programme, will soon be actually using these models in order to develop and produce this better steel. Tata Steel is interested in this 3D model not only because it improves the quality of the steel, but also because the development of stable production and control processes will be considerably shortened, thereby reducing the route to the market.

A major user of this new steel is the automotive industry, which requires types of steel that are both strong and formable, in order to be able to make ever-lighter cars. ‘The idea is that if the steel is stronger, you can make a component thinner and therefore the car lighter, without making the car any less safe. An additional benefit is that lighter cars consume less energy,’ Bos points out.

As well as the gains on the scientific and industrial fronts, DENS is creating added value through collaboration. Each of the universities brings its own expertise to the table. TU Delft is working mostly on the models that describe the internal structural change to the steel during the production process, while the University of Twente, Eindhoven University of Technology, and the Max­Planck­Institut für Eisenforschung excel in modelling the mechanical properties based on that internal structure.

The ownership of the model rests with M2i, the Materials innovation institute. The main advantage of this is that other industrial partners, including Philips, Bosch, Bouwen met Staal, DAF, SKF and Allseas can use it as well. Despite the fact that they have their own industrial applications, they can still use parts of the model.

All the researchers work with software that is also used at Tata Steel. ‘That saves time,’ says Bos. ‘It prevents the participant from developing individual models that are not compatible with each other.’ 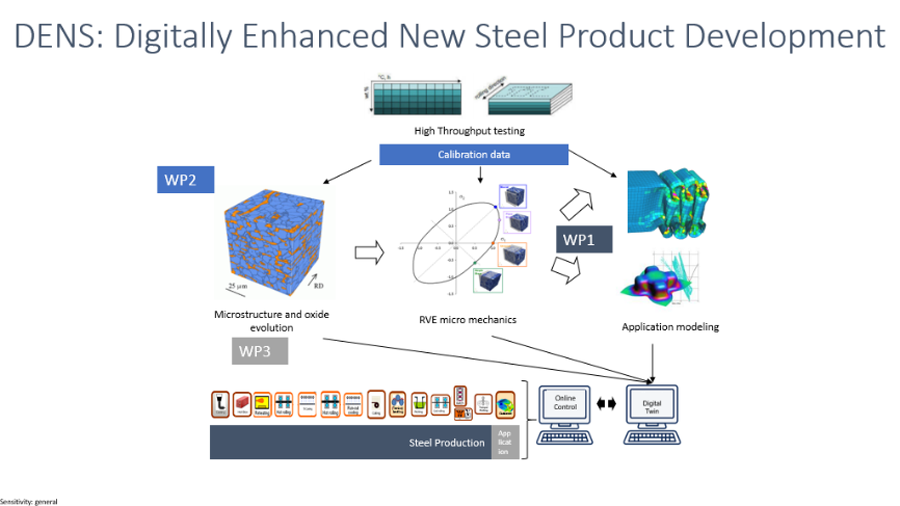 Visual summary of the DENS concept. TU Delft is working on WP2 and WP3; the University of Twente, Eindhoven University of Technology and the Max-Planck-Institut für Eisenforschung on WP1.

TU Delft, Eindhoven University of Technology, the University of Twente, the Materials innovation institute (M2i) and Tata Steel are working jointly in the DENS (Digitally Enhanced New Steel Product Development) research programme on a 3D model that enables the development of physical models that can be used to describe microstructures and the related mechanical properties of new types of steel. The Max-Planck-Institut für Eisenforschung in Düsseldorf is also a partner in this extensive programme.

Fifteen doctoral candidates, two PDEng students, and two post-docs are taking part in the programme. The programme is supported by Philips, Bosch, Bouwen met Staal, DAF, SKF, and Allseas, and co-financed by the HTSM top sector. The material researchers at the universities of technology involved with DENS form part of the 4TU.HTM network.