Shuttercam and Shutterring: visibly shutting cameras that are not in use

The shuttercam and shutterring, a smart doorbell shutter, aim to reduce the impacts of registration of public space by cameras and sensors. How people behave can be affected by whether or not they have the feeling of being watched. The impact of cameras transcends cities like Amsterdam and cities in general. With this shutter experiment Responsible Sensing Lab aims at intervening in and questioning ubiquitous surveillance, which affects interactions in public space. Cities worldwide increasingly collect all sorts of data. However, what sensors ‘see’ and how data of interactions are connected and analysed is often unclear. The shuttercam and shuttering, together with other projects by the Responsible Sensing Labs, aim to create more transparency in city sensing systems and embed public values in them – such as autonomy and privacy – by designing the sensors in a new way.

“The ultimate goal is to design cameras that gather only the required type or amount of data necessary for the city to operate or perform the specific task of safeguarding the right of citizens to walk around freely and unobserved.”
Thijs Turèl

The coalition agreement of the municipality of Amsterdam states that it should be possible for citizens to move about without being spied on. However, with the growing number of cameras and other sensors it is questionable whether this statement holds. While certain cameras need to register on a permanent basis (i.e., surveillance), others do not.

Cameras for crowd monitoring, for example, only need to register busy moments. With this project, Responsible Sensing Lab aims to reduce the registration of public space by crowd monitoring and smart doorbell cameras. This can enhance the transparency of sensor use and privacy in the city. 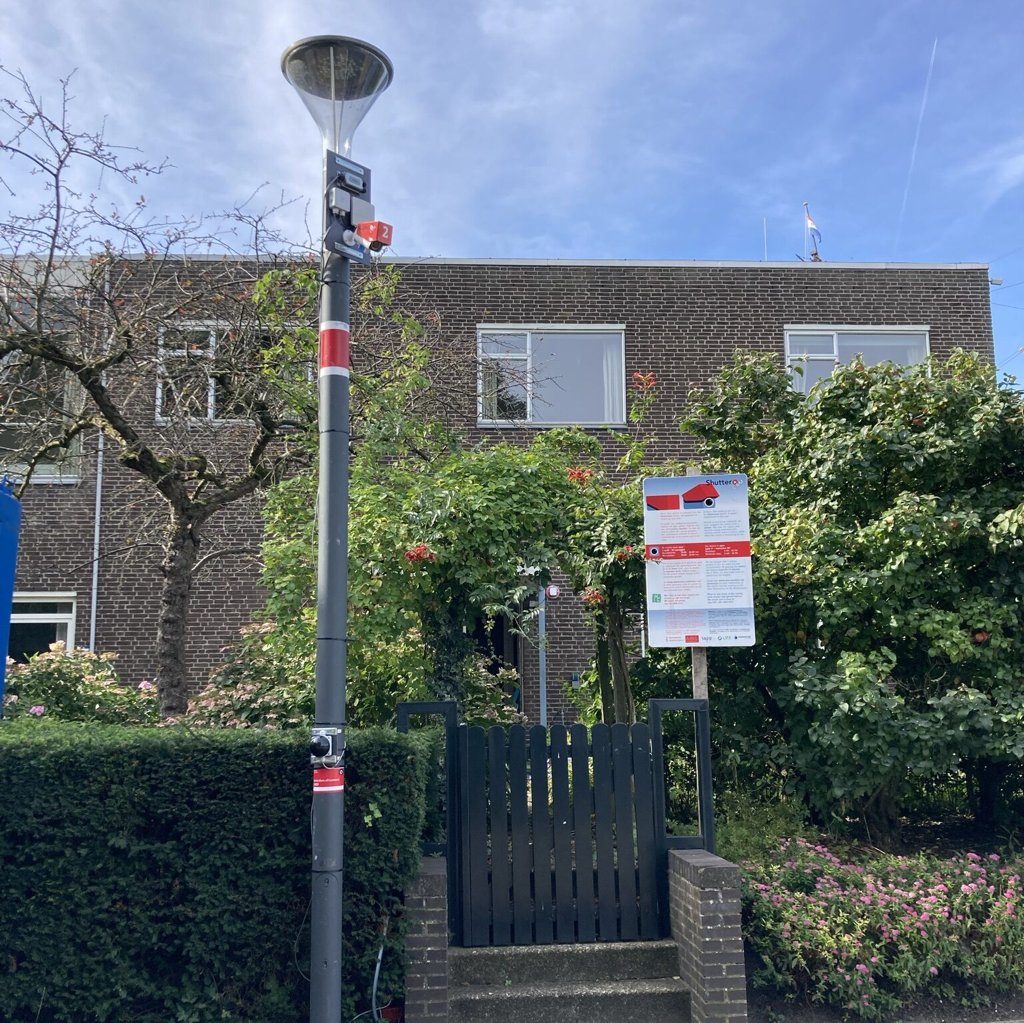 “By making the cap intuitively comprehensible, the Shuttercam prototypes enable people to check whether the sensing systems are operational in a simple way and without the need for prior knowledge.”
Sjoerd Verhagen 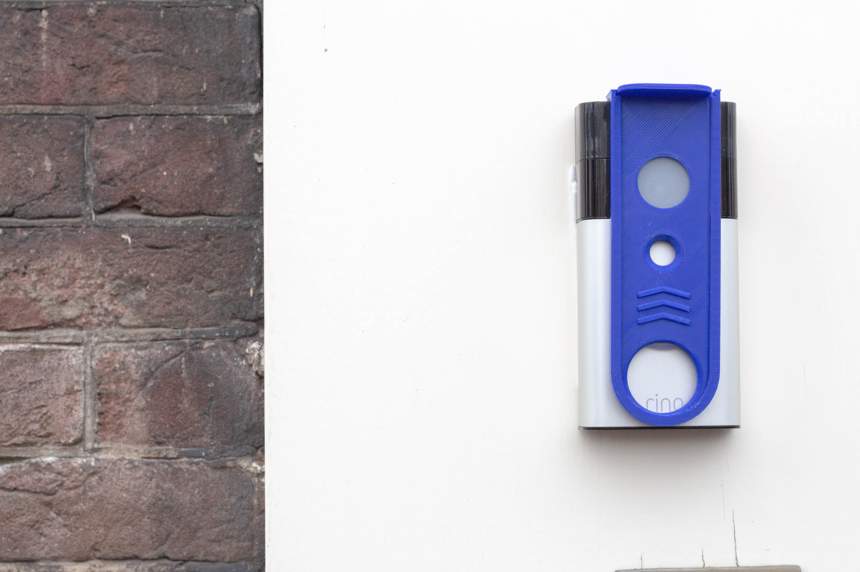 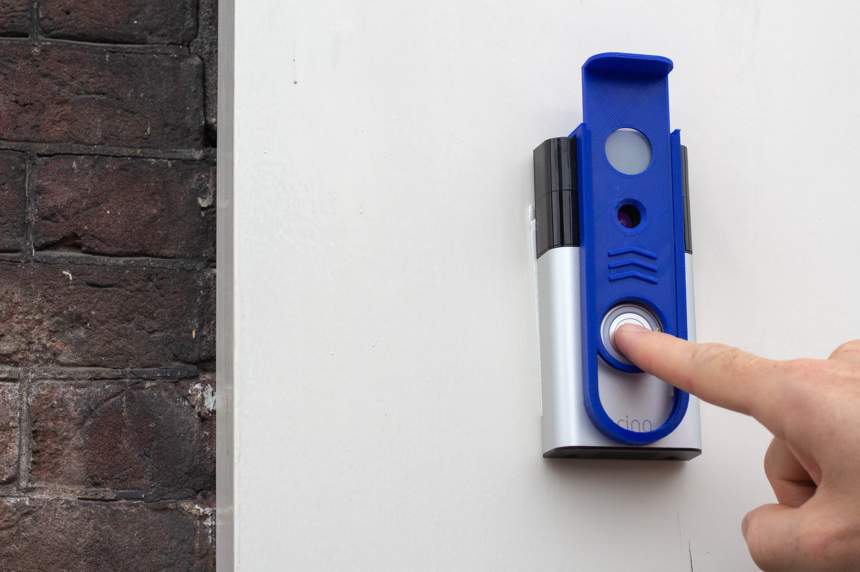 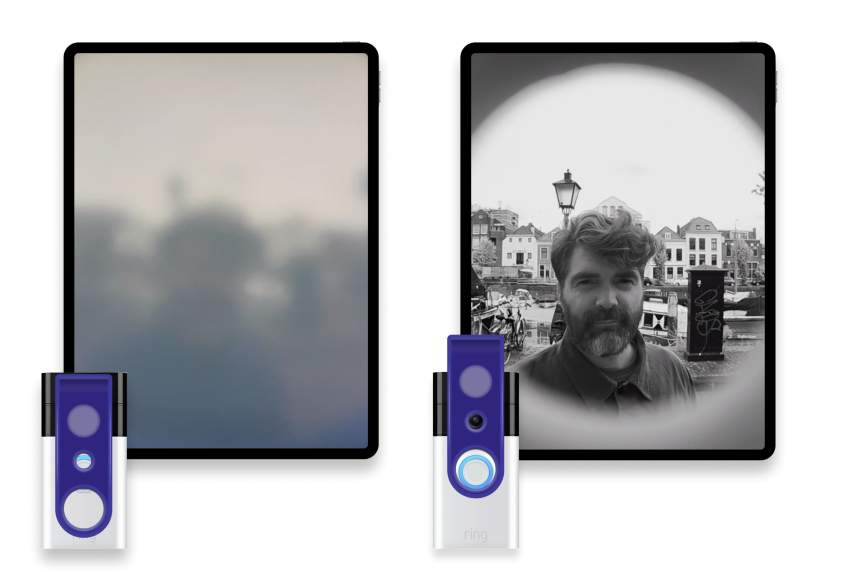 What if, just like the laptop shutters that many people have placed over their webcam, this could be a way to make clear to citizens when a camera is not recording them? For this project, we first fitted a time lapse camera at the office of AMS Institute with a shutter. The effects of this small-scale pilot will be examined by interviewing staff and visitors. Currently, there are a number of Shuttercams being tested at Marineterrein Amsterdam Living Lab.

Smart doorbells have become more prevalent in recent years. Although they provide homeowners with new features like  interacting with visitors when away from home, there are also undesirable implications. For this project, we placed a shutter over the cameras of smart doorbells, shutting it off when not in use. We then conducted interviews with the users of the Shutterring.

Both experiments aim to limit the registration of public space by crowd sensing cameras (Shuttercam) and smart doorbells (Shutterring).

This is relevant because cameras impact interactions in public space and thus the privacy of citizens. The experiments are interesting in the light of the (connected) interactions that are registered by ‘smart cities’. Does it make a difference if it is clearly visible that a sensor is not recording? Our experimental approach is a valuable addition to the more speculative approaches of other projects in the theme? Can speculative and experimental design work together to tell a story about connected interactions in the city (and beyond)? 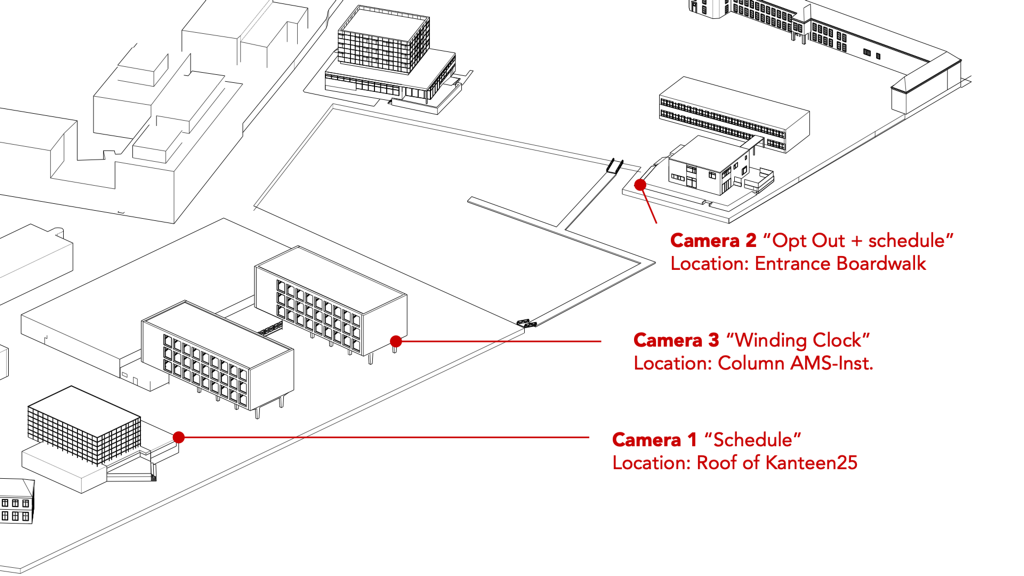