How can we avoid a world of mindlessness?

In our new world of ubiquitous technology, digital information will increasingly guide our everyday lives. However, responding to digital cues without awareness will result in our living more in a state of ‘mindlessness’ than ‘mindfulness’. Mindfulness interventions aim to train a person’s ability to attend to the present moment non-judgmentally and with full awareness. Positive effects have been demonstrated in, for example, chronic pain and depression. The goal of many measures like the Five-Facet Mindfulness Questionnaire is usually to attain a higher post-intervention score. However, issues like retention and attrition remain, especially once the intervention is stopped. How can we design to habituate mindfulness, so we focus less on attaining a high score and more on changing our long-term behaviour?

“Designing for well-being is not easy, especially when you begin to question your own well-being.”
Edo de Wolf

Bloom·e is an ambient product designed for the home as interior décor. Together with its companion app, Bloom·e supports the individual in living virtuously so  they gain better control of their lives surrounded by technology. Virtuous living is the Stoic counterpart to modern mindfulness.

Bloom·e resembles a robotic plant and has two distinct sections: the bottom ‘vase’ and the top area comprising five stems and eight flowers. In size, it is comparable to a medium-sized house plant.

Triangular acrylic sheets cover the surface of the vase and give it an abstract appearance that contrasts with the rounded edges of each flower’s petals. The glossy, white finish gives it a modern feel. The petals are coloured to draw the eye upwards; a soft mint-green is used to complement the rounded edges, giving Bloom·e a calm and gentle appearance. The stems are matt black to give the rest of the components more significance in the visual hierarchy. 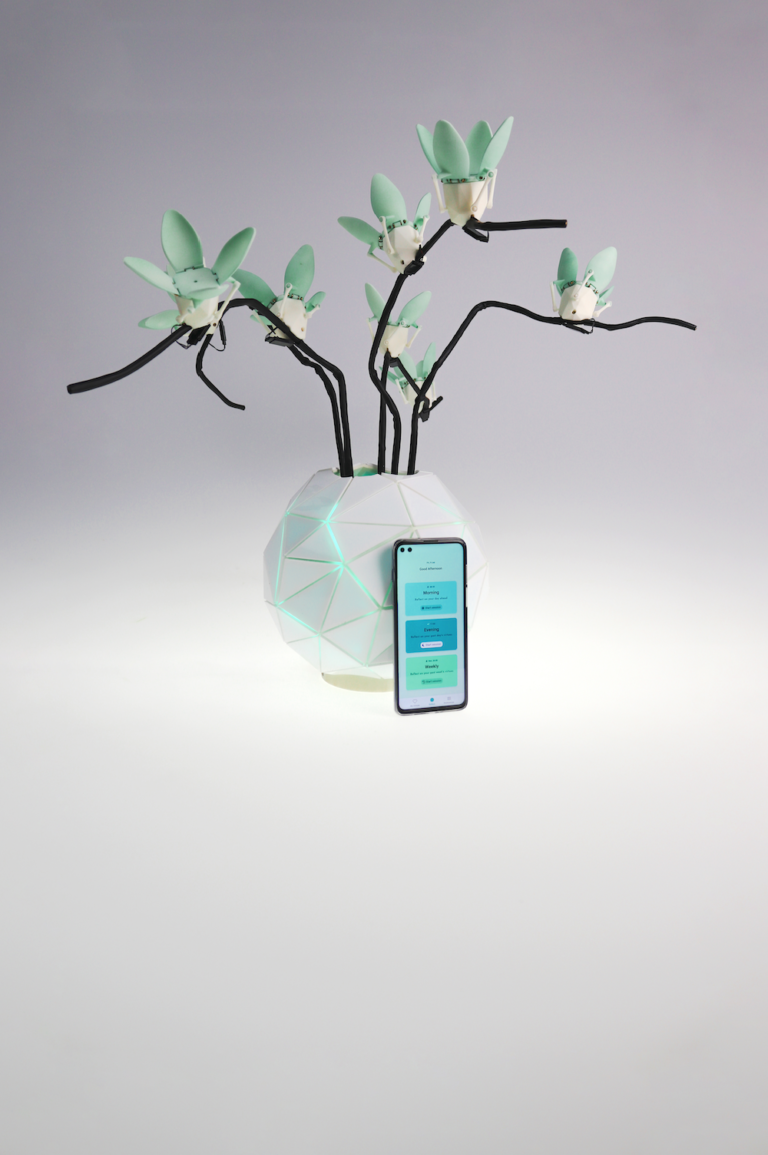 “Abstract forms can support non-judgmental reflection in the viewer. I think this approach can have a huge potential in mindfulness interventions.”
Edo de Wolf 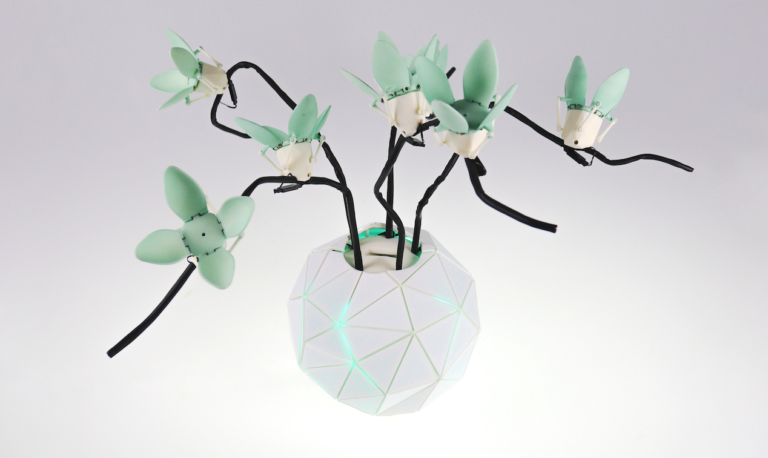 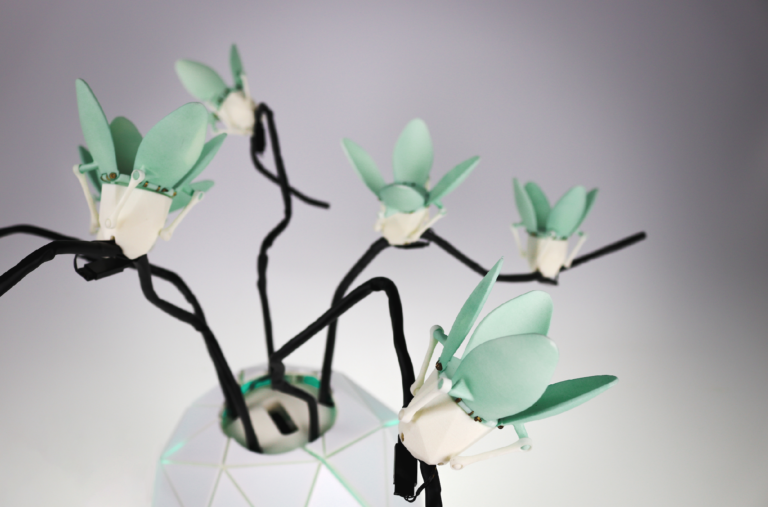 When developing Bloom·e, we were inspired by the calm technology dialogue which states that technology should neither impede on our attention or on our cognitive load. We show that the terms attention demand or cognitive load, as informed by instructional theory in Psychology, have been loosely used and radically simplified in the field of Human-Computer Interaction (HCI). Design frictions can lead to states of mindfulness, which we now accept as having many benefits for health and well-being.

We propose to reframe calm technology so that attention demand is no longer something to be avoided. Designers should be intentional when creating positive experiences for both mindful and intuitive modes of thought, in both the periphery and at the centre of attention.