What if we make the transmission of data something to experience?

In recent decades, the internet has expanded its grip on society. As a result, the amount of data transmitted has increased exponentially. While the environmental impact of this rapid change is generally not well understood, data centres are predicted to be responsible for 3 – 13% of the global electricity usage by 2030. This lack of awareness about the environmental impact results from the lack of transparency about this technological ecosystem, caused by its sheer complexity. To explore this problem, the Transmission Ticker research project was set up. Aiming to bridge the gap between the complex digital realm and the physical realm, by means of a hyper-mechanical artefact.

“Data expands the bubble in which you live. It’s a gateway to the bigger world.”
Research participant

For this research-through-design project, a future was explored in which people are aware of their data usage and the data transmission around them. The Transmission Ticker, a high-fidelity speculative design artefact, serves as the vehicle to make this possible future of data transmission experientable

The Transmission Ticker physicalises the real time data usage of a household by printing dots of varying size on a roll of paper. This rather simple and ambiguous representation of data transmission through dots allows for meaning-making on the side of the observer.

The design of the artefact has been inspired by the stock ticker, a 20th century machine which used to continuously print the real-time value of the stock market. With its historic look and mechanical sounds, the Transmission Ticker feels incongruous in the average modern home, piquing curiosity and provoking reflection on the future that the Ticker embodies. 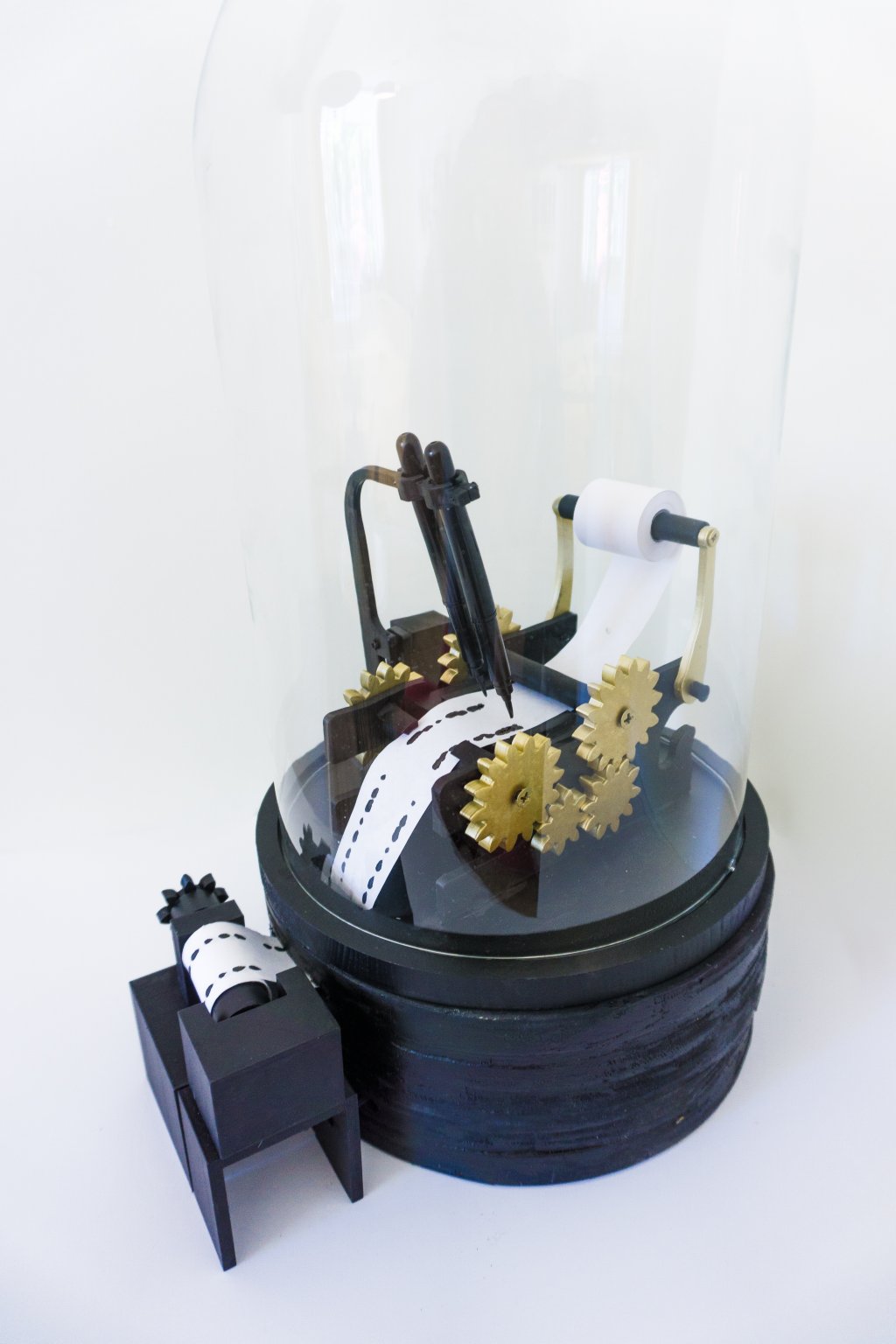 “The artefact focuses on the visibility of digital phenomena in an analogue and physical way.”
Mike Roozenburg 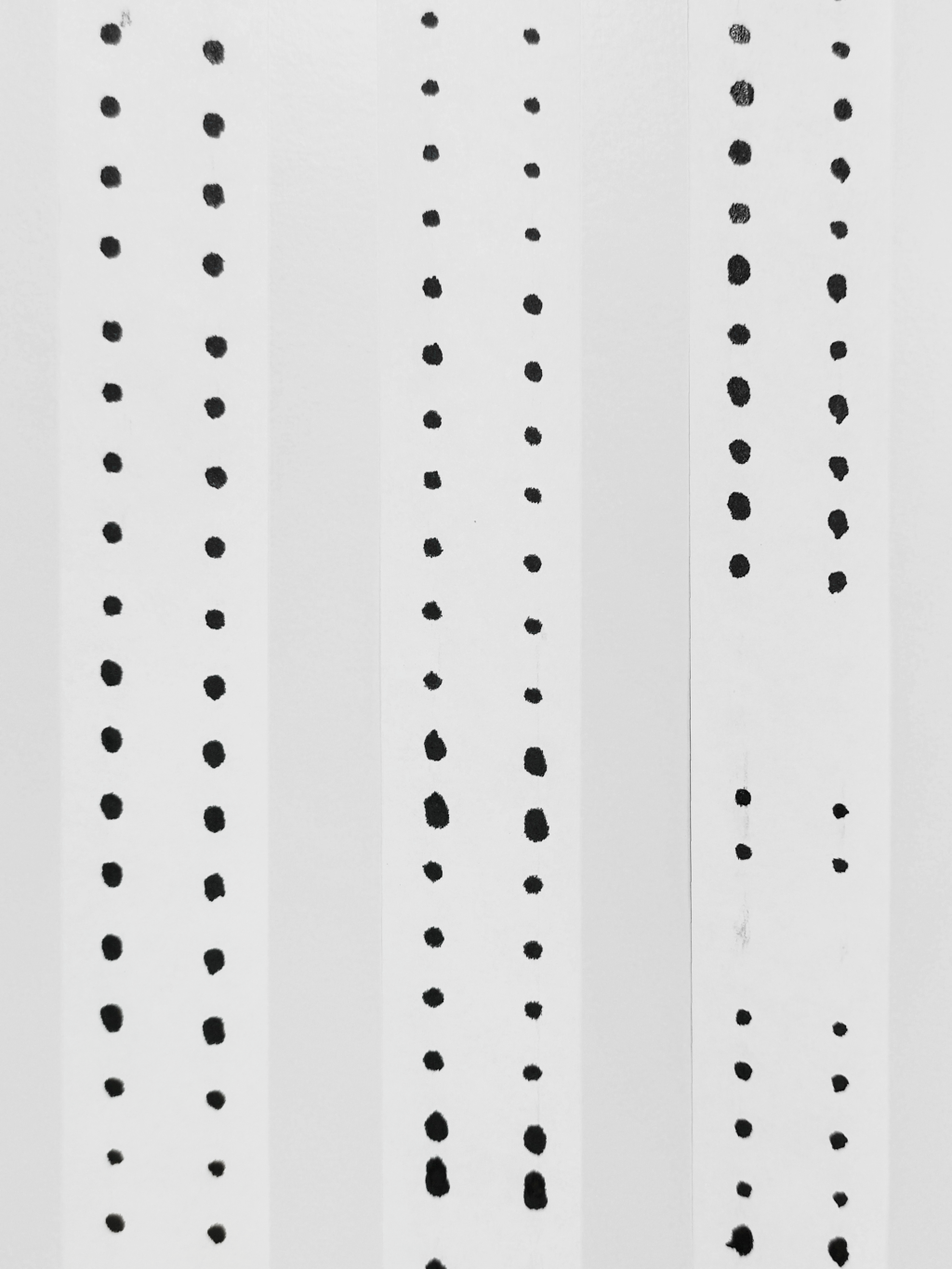 The aim of the Transmission Ticker project was to simplify and communicate the complex ecosystem of data transmission and the Internet of Things. The artefact focuses on the visibility of digital phenomena in an analogue and physical way.

It sparks curiosity, inviting users to gain a deeper understanding of this subject. Bridging the current gap between the physical and digital world, the invisible impact of this ecosystem and the world’s enormous reliance on the internet and connected systems has been made tangible. However, the research also underlines the gap between awareness and behavioural change.

Project page | Website with more info about this project