Designing for a symbiosis between humans, technology and nature.

What if products could move the same way that flowers grow? Daimler, through the VISION AVTR, created a futuristic concept car based on the movie Avatar. It centres on the way the creatures in the movie are connected with nature. Their design question was how to create something that connects nature and sustainability with the car, for a symbiosis between humans, technology and nature. In order to bridge the gap between the present time and their 100 years into the future car, this project aimed at creating an innovative steering wheel inspired by the movement of a flower from Avatar.

“It had to be a playful and organic interaction where the human still has some sense of control.”
Charlotte Bording 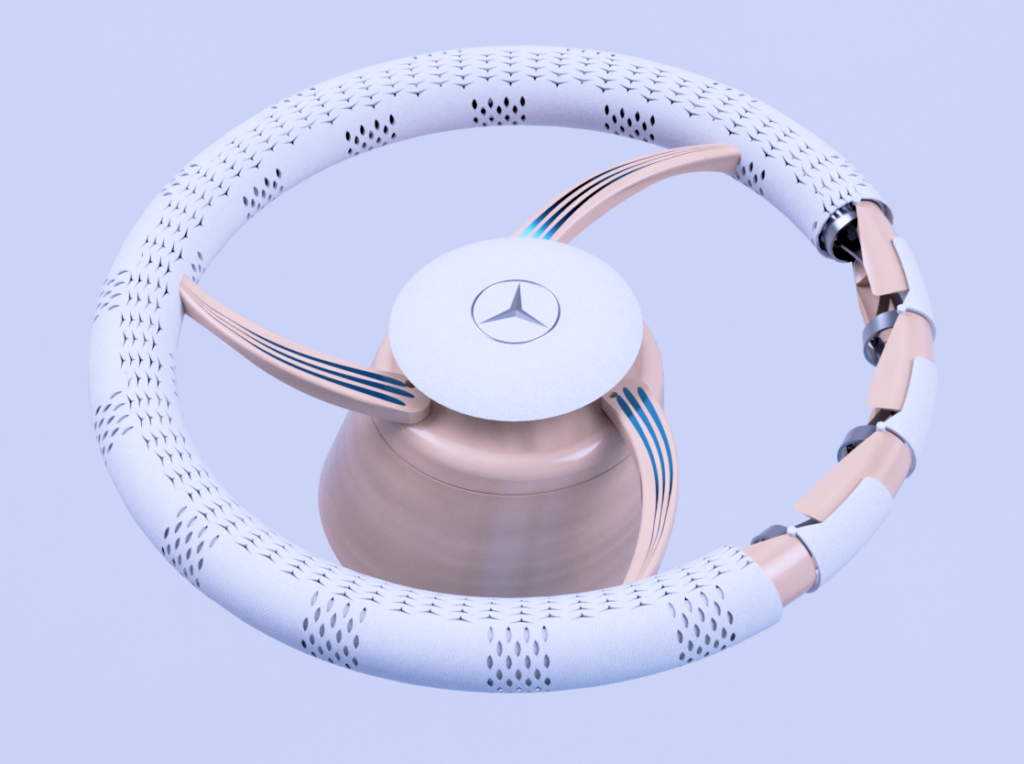 “I wanted to use imagination and make a fantasy as real as I could.”
Charlotte Bording

More and more technologies are taking over human tasks. The control is taken over by autonomous cars and the sounds of roaring engines are replaced by artificial sounds in hybrid cars. Some of these changes have positive aspects, but they also change our way of living and the relationship that we have with technology. We might risk to lose our passion and autonomy, while hybridity can enrich, connect and spark our imagination as well.

Here the steering wheel has become an expressive entity instead of a passive object. That, in turn, creates a more dynamic and rich interaction between the human and technology. Bloomn is made to create a natural interaction as an emotional expression like that of a human or an animal.

Portfolio | Link to the Bloomn page (not mobile friendly)
Video