Dykes are a familiar (albeit manmade) feature of the Dutch landscape. Running parallel to rivers or the sea, they play a crucial role in flood prevention. But what role can they play in helping control the complex and sometimes suffocating hot urban climate? In recent years, city dwellers have been hit by a phenomenon known as urban heat island (UHI). This occurs when a metropolitan area is significantly warmer than surrounding rural areas due to the topography of the city and human activity. Climate change and urbanisation mean that the incidence of UHIs is on the rise and we urgently need to find ways to cool the urban space. Thermal-driven winds between floodplains and built-up areas offer great potential when it comes to urban heat mitigation.  But these winds move very slowly – and just above ground level. In order to invite the cool breeze into Dutch cities, dykes – that currently play the role of a barrier –  need to be re-analysed and redesigned to serve a multifunctional purpose.

A seasonal flexible flood defence alternative is believed to be possible because flood defence (winter to spring) and urban cooling (summer) are never needed at the same time. Micro-climatic simulations carried out for this project indicate that the cool breeze is generated between different topographies where the temperature difference occurs, and has a significant cooling effect in the urban areas.

Eight concept models were designed based on the idea of opening for ventilation and closing for flood protection. The inflatable dyke partition, the modular and moveable floodwall and the gabion dyke were considered to have the most efficient ventilation and the most stable structures for flood defence. The new structure also has potential to create unique spaces that serve multiple social functions. 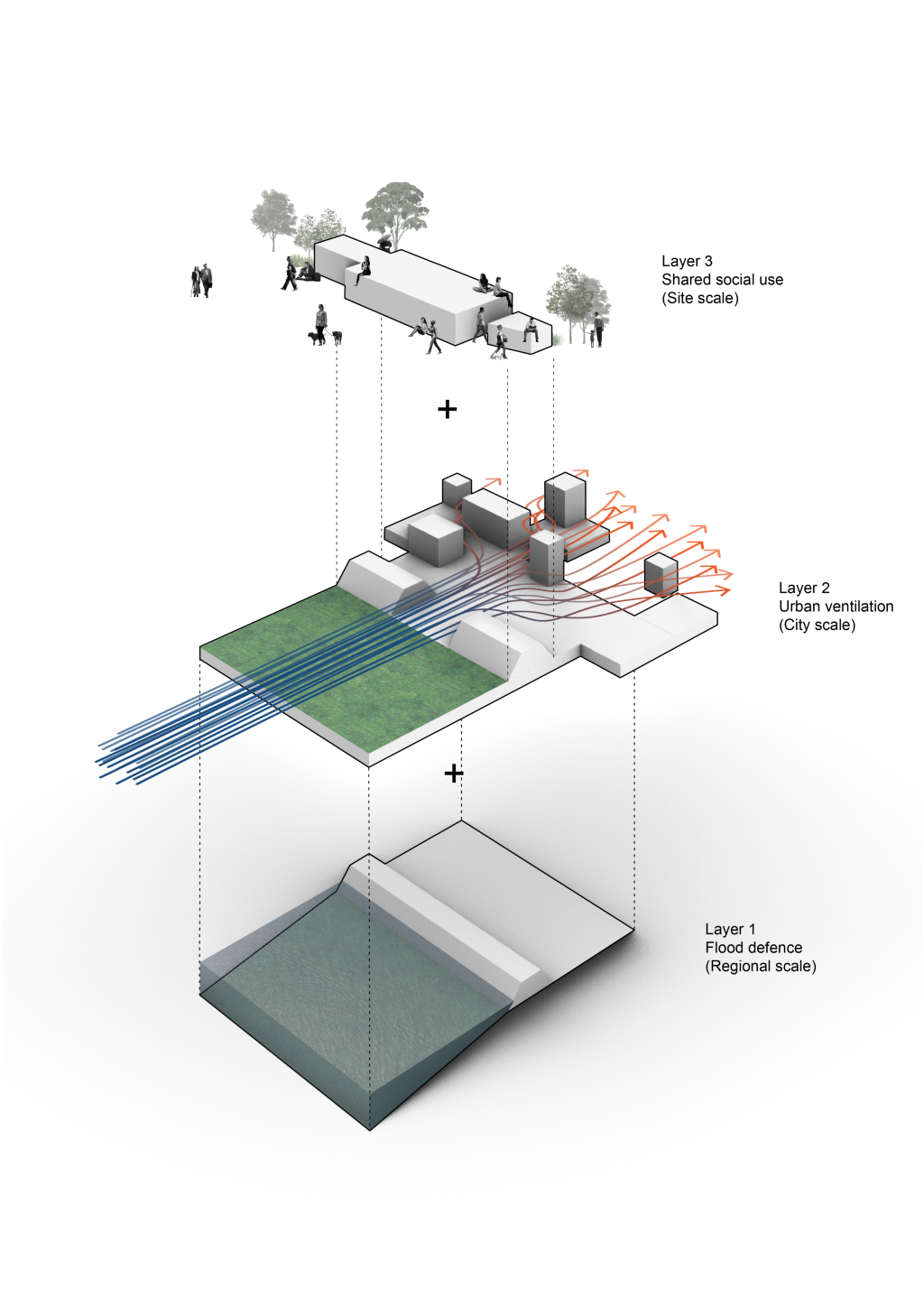 “I am so glad I could bring together the scientific attitude of an urban climate researcher and the creativity of a designer in the project.”
Hao Yan 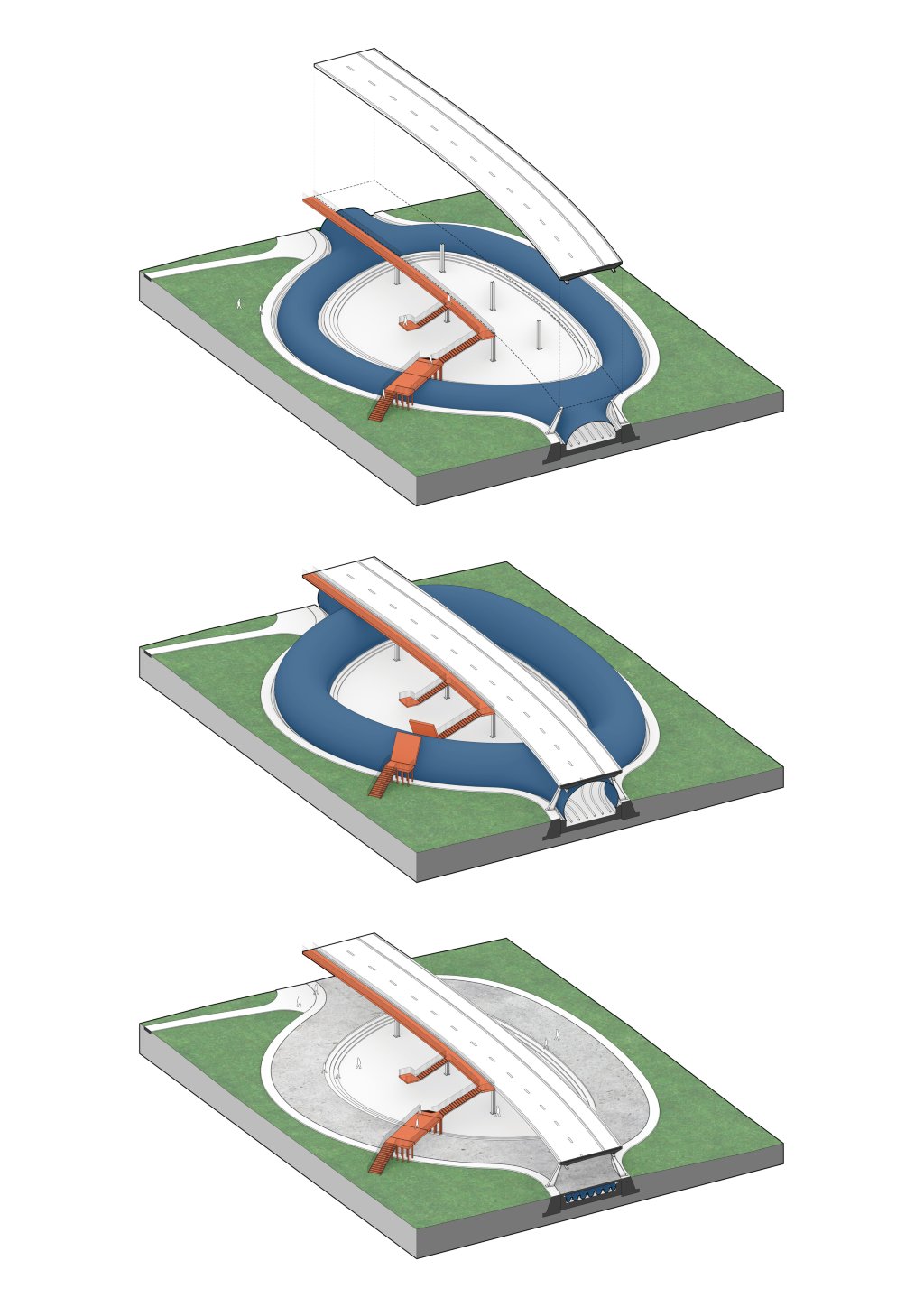 Micro-climate, especially thermal comfort is one of the most important factors that influences the way humans perceive the environment. It influences human-environment interaction in many ways, from physical and psychological well-being to energy consumption and the quality of outdoor public space. In recent years, the Netherlands has experienced serious heat waves. The conflict between the function of flood protection and urban ventilation seems to be irreconcilable from a traditional landscape architecture perspective. But in this project, opportunities have been found by embracing temporal complexity. The complexity of a site should be considered in a dynamic way – in line with how ecology works. A given place is different in the morning and evening, in winter and summer.