About a quarter of Amsterdam’s surface area is water, with some 165 canals winding alongside busy city streets. Four years ago, Massachusetts Institute of Technology (MIT) and Amsterdam Institute for Advanced Metropolitan Solutions (AMS Institute) joined forces on the Roboat project to investigate the potential of self-driving technology to change our cities and their waterways. Autonomous boats – equipped with sensors, thrusters, microcontrollers, GPS modules, cameras, and other hardware – are being developed to re-invent the Amsterdam waterways and find solutions for urban challenges.

The Roboat project consists of three main design challenges: (1) Developing use cases to alleviate pressure from Amsterdam’s city centre and re-invent the use of the historic canals, (2) developing a fully autonomous vessel that is ready and equipped to navigate Amsterdam’s busy canals, (3) developing Roboat’s design for a multi-purpose full-scale boat that can be employed in multiple use cases. In order to accelerate the tests and development of the technology behind the autonomous navigation, the team first started working on a 1:4 scale boat, to gradually scale-up navigation and autonomy to a full-scale boat (4m long by 2m wide).

During tests, the boat is continuously building up its memory of experiences. It is learning how to navigate the Amsterdam waters of the Marineterrein Amsterdam Living Lab (where AMS Institute is located) and slowly transforming into a fully autonomous vessel, ready for the dynamics of the Amsterdam canals. 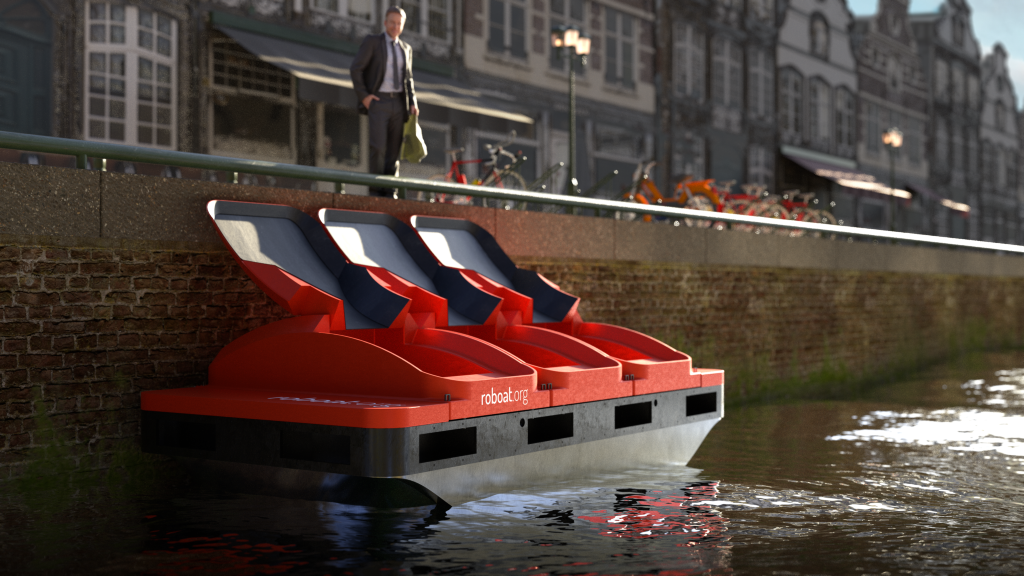 The Roboat project is unique in that the autonomous techniques are designed for the dynamics of urban waterways, such as the Amsterdam canals. In other projects, autonomous vessels usually are designed for open waters. Beyond the technology, the team is also developing use cases that add value for the city and its inhabitants.

A clear example applies to household waste collection: Imagine the city centre of Amsterdam and its fragile quay walls liberated from the huge refuge trucks that currently trundle the streets to collect the waste. Instead, a swarm of Roboats could be dispatched, collecting floating containers, docked on the canals. Roboat could also be used for on-demand transportation or to create dynamic bridges or temporary platforms by linking individual vessels. 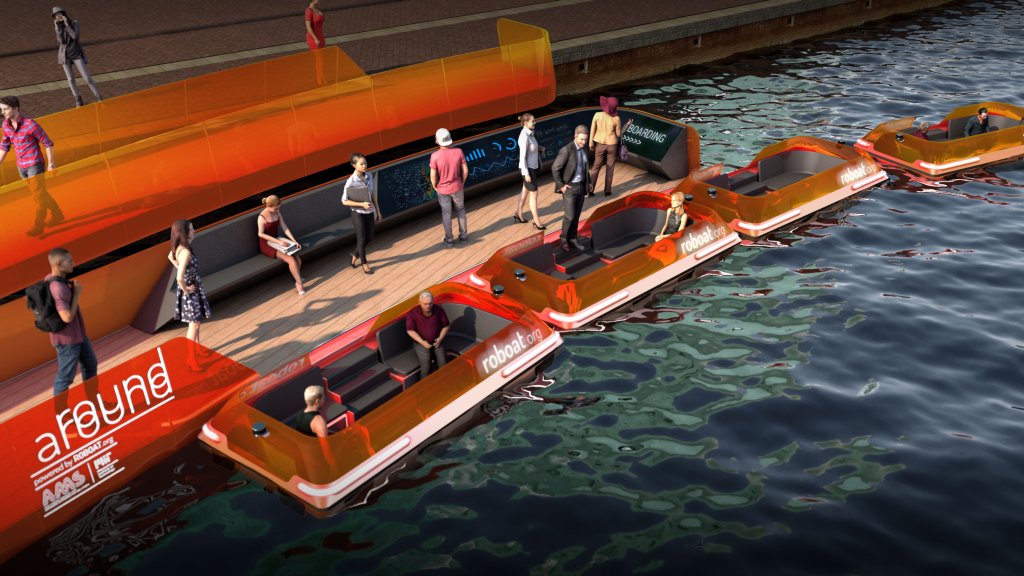