How can we incorporate living light in everyday products?

The past decade has seen a growing interest among designers and design researchers to work with other living organisms, such as fungi, algae, and bacteria with the aim of a minimal ecological footprint, novel functions and expressions in design. This emerging field is commonly referred to as biodesign. Performative Living Light is a biodesign project focusing on bioluminescent microorganisms, including micro-algae and bacteria. The aim is to acquire a deep understanding of the light-giving qualities of these microorganisms in response to human interaction, by facilitating their incorporation in everyday living artefacts.

“The dynamic relationship between humans and living artefacts will continue to evolve reciprocally with mutual care, working towards cultivating the best habitat for one another.”
Elvin Karana

This research on bioluminescent microalgae (pyrocystis fusiformis) explores how these photosynthetic single-celled organisms suspended in seawater emit flash when disturbed. A prototyped shaking device was made to systematically measure the changes in intensity, texture and spatial patterns of the light output under different movement stimuli, such as rotation and pulsation.

The work on bioluminescent bacteria (photobacterium kishitanii) extends the research focus from responsive behaviour and interaction possibilities to issues of encapsulation and perpetuation (keeping alive in use).

In a series of studies, the team investigated duration and changes in intensity of the light output after the liquid medium (i.e., the liquid containing the nutrients necessary for the bacterial growth) is being inoculated (i.e., adding bacterial cells to the medium in a sterile environment).

The project resulted in two prototyped artefacts, Biolum Duo-Bench and Glow the Way, both incorporating bioluminescent bacteria to explore the performative dimension of living lighting in public spaces. 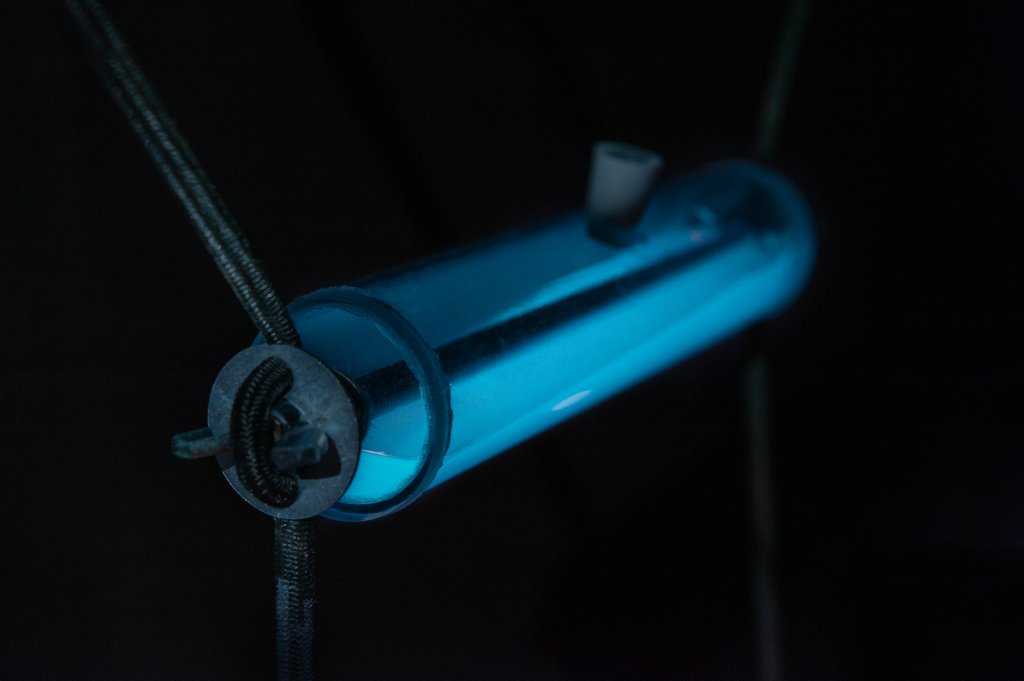 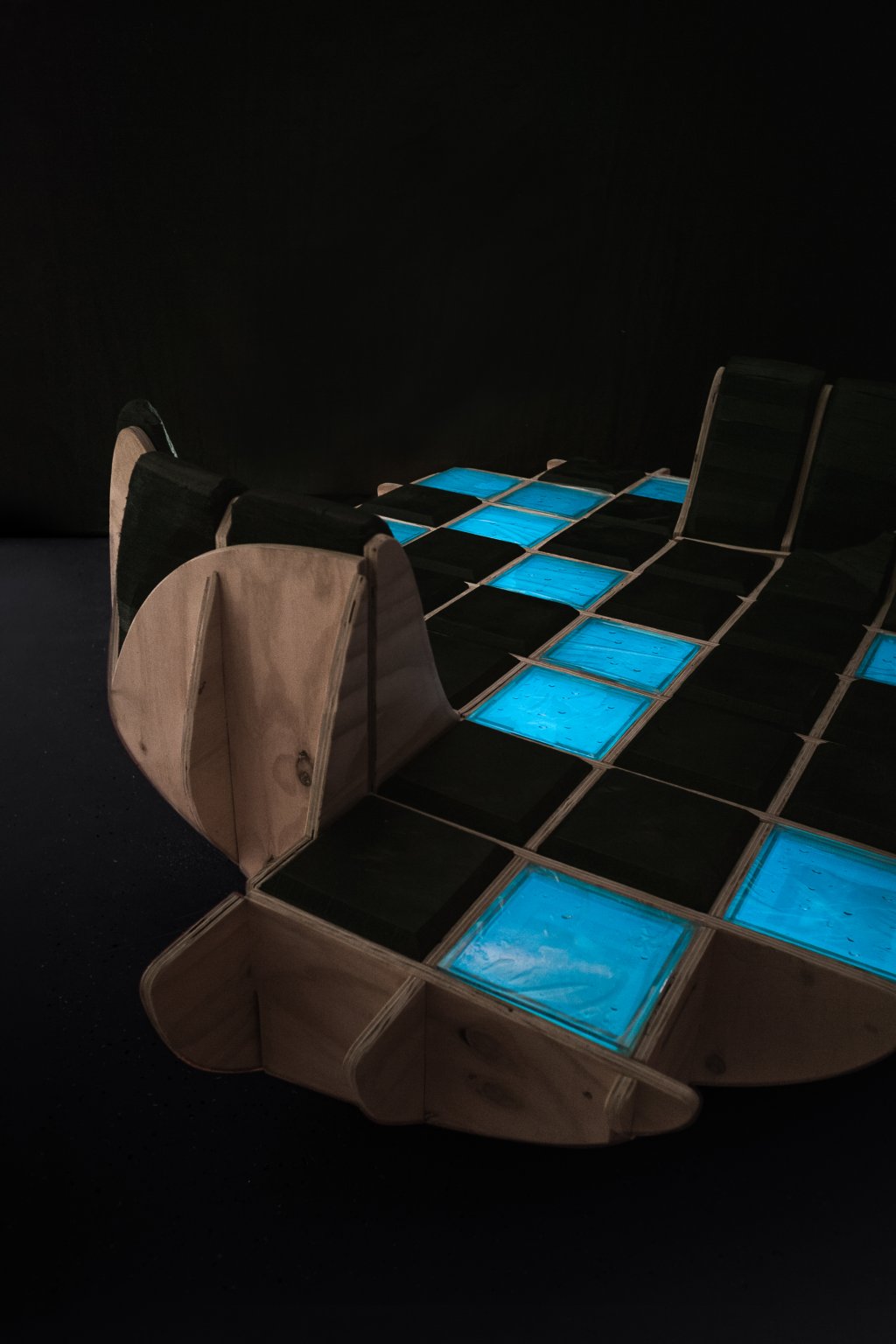 This project involved working with living materials and carrying out activities at the boundary of biology and design. Biodesign, as a growing interdisciplinary practice, not only requires a new knowledge-base, skillset and tools, but is also expected to become a prominent industrial paradigm for the production of material artefacts in the 21st century. It is timely and critical for the design community to engage in conversation about the possible and preferable biological futures. Besides the ethical issues involved in using and genetically engineering living organisms, issues concerning care, symbiosis, cohabitation, and adaptation will arise that can be best addressed by designers. 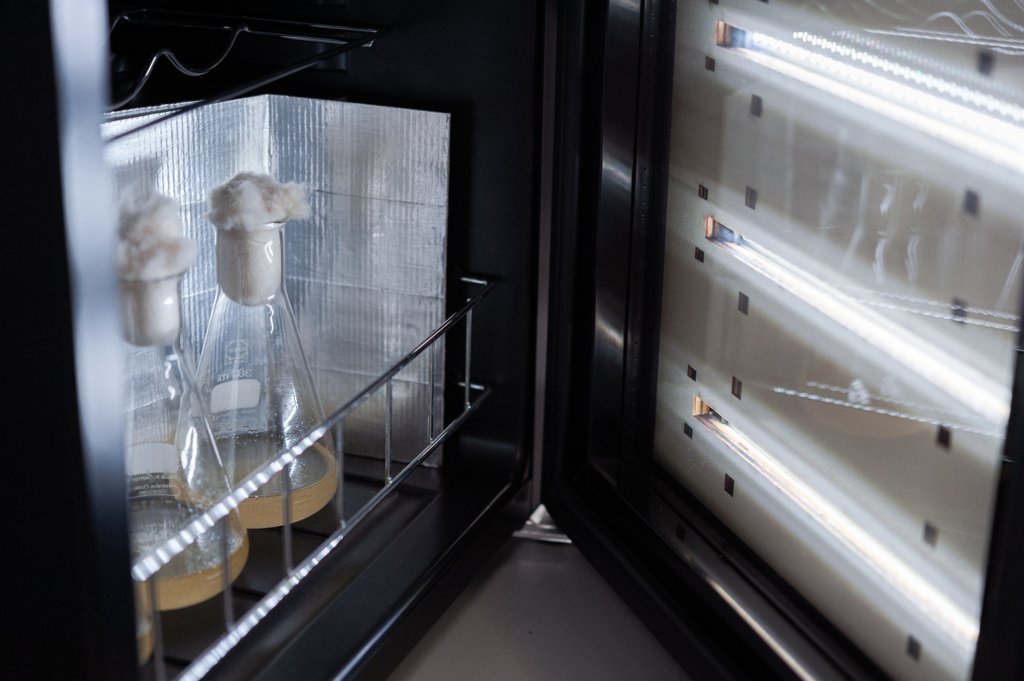