Kelip: shrouded in a cloud of lights

How can our clothing mediate social distance?

Thanks to the ongoing revolt against impractical traditions, western culture has acquired the freedom to wear clothing which is not bound by cultural expectations but instead expresses personal feeling and belonging. Today we wear clothing not only for comfort, but to alter the perception of our personality. Despite this freedom of expression, people are still restrained in what they wear for a variety of reasons including social hierarchy and stigma. Designers are not able to change social circumstances, however through interactive products, they are able to influence social norms which are not up to date with our privileges of freedom. By changing the perception and empowering the wearer, interactive products can support people in intimidating or uncomfortable situations – including in the current context of social-distancing.

“Today the comfort of our clothing is not the leading issue; we wear clothing to alter the perception of our personality.”
Stijn Ossevoort

To overcome the problem of harassment, we created Kelip, a bodysuit, equipped with a cloud of LED’s to mediate personal space. Kelip contains five sensitive zones, which show the bare human body as vulnerable yet natural, beautiful and something to be proud of. Each zone contains almost invisible hairs, equipped with two layers of LEDs. One layer is placed at close distance, one layer at 30cm distance from the body. The LEDs are programmed to support the wearer. If someone approaches the person wearing the suit and they feel uncomfortable, the lights will form a swarm on the outer layer to defend the wearer. 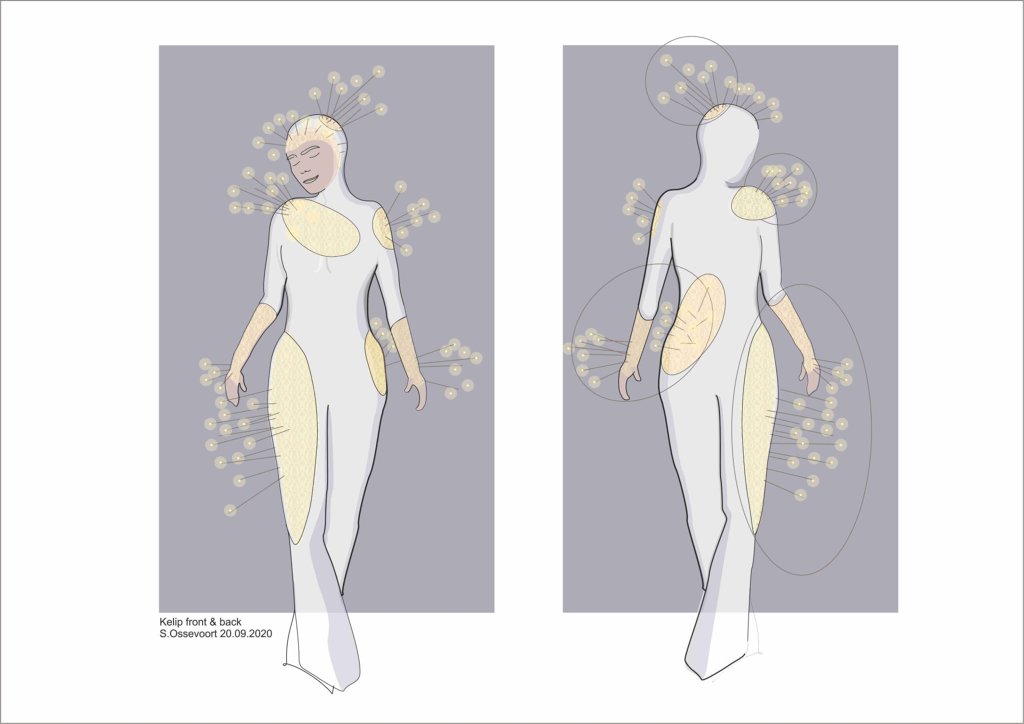 Kelip is designed to stimulate debate about the role of objects as a mediator of personal space. The COVID-19 pandemic has shown us how difficult it is to stay alert to invisible intruders. Equipped with the right sensors, Kelip could warn people of strangers, pollutants, or biohazards.

With its lights, it provides wearers with a friendly, continuous awareness of surroundings; its gestures akin to a friendly companion rather than an intrusive mobile phone that might instruct you to keep your distance at unexpected moments.

When an object becomes an independent entity with its own objective, a new task for designers emerge: namely to facilitate the relationship between object and user. This project helps initiate this discussion.