Prototyping Policy for Participation: An experience-based game that stimulates an intercultural dialogue about Dutch core values

Can Dutch core values be conveyed to newcomers in the Netherlands?

After changes to the Civic Integration Act in October 2017, newcomers to the Netherlands are obliged to sign the Participation Statement and declare that they understand and respect the three Dutch core values: Freedom, Solidarity, and Equality. Because of their abstract nature, values are not cut & dried. The team designed an experience-based game WAARDEN?! Het spel (VALUES?! The Game) to create an intercultural dialogue about values in an active and enjoyable setting. As values are a complex subject, they are approached via practices and laws. These are the concrete expressions of laws and make it easier to recognise, discuss, and understand values. The three core values could be better understood by relating Dutch practices and laws to the values.

“This game unites people from different cultures. All people, regardless of their background, are equal and free. This is how it should be.”
Gameplay participant

WAARDEN?! Het spel (VALUES?! The Game) is an experienced-based game that stimulates an intercultural dialogue about Dutch core values.

The game uses roleplay or questioning to challenge players about situations and laws. When choosing a Roleplay Card, two teams enact the same situation either as it occurs in the Netherlands, or from the perspective of another country, preferably the team’s country of origin. Roleplay helps participants share their thoughts and feelings about their cultural background and/or Dutch culture. When choosing a Law Card a question about a law has to be answered. Laws are clear statements and newcomers were often eager to learn about them. Participants reflect on the enacted situation or law. This reflection focuses on similarities and differences, or on how a situation or law affects their lives. Finally, participants are asked to relate the card to one or more of the Dutch core values. 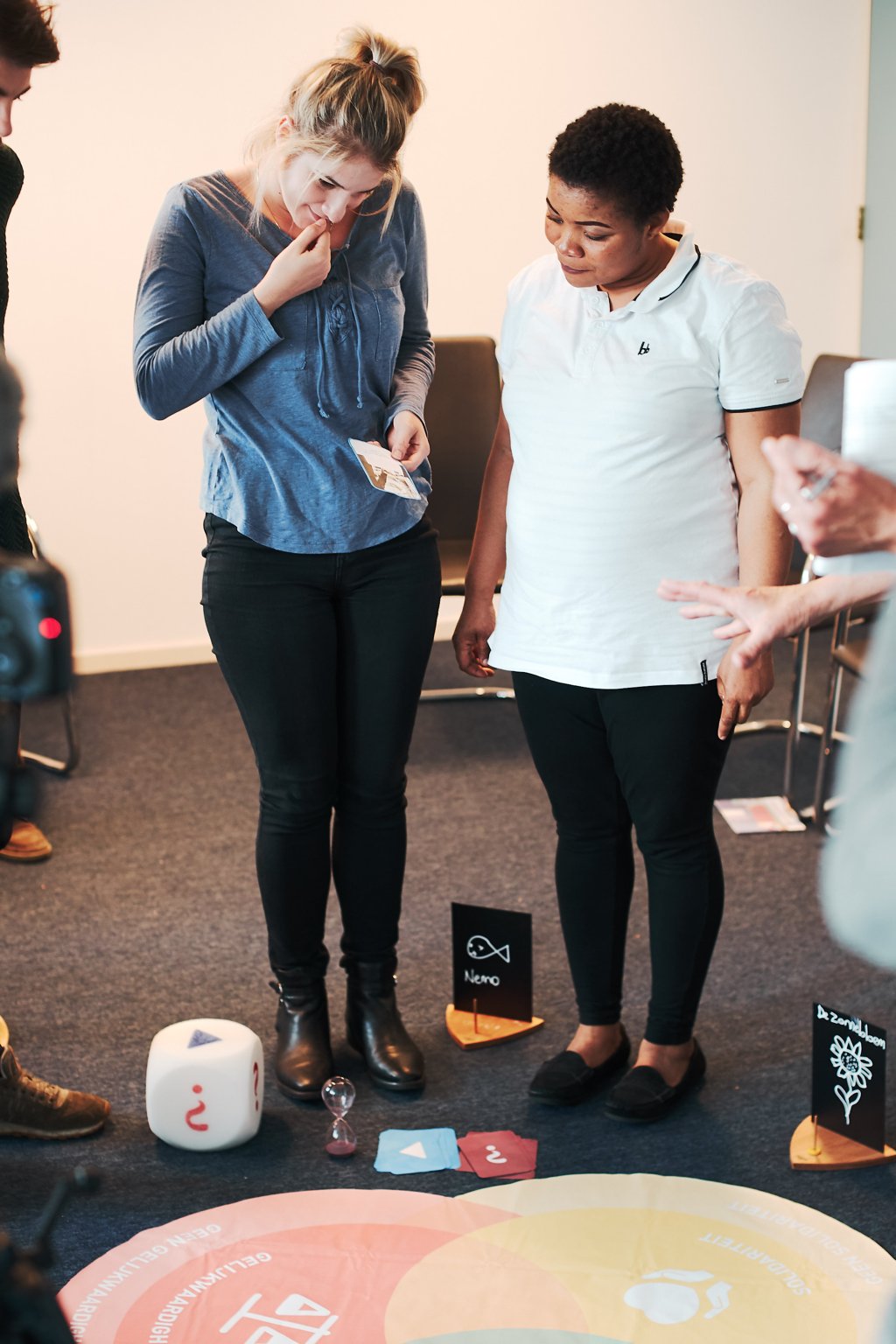 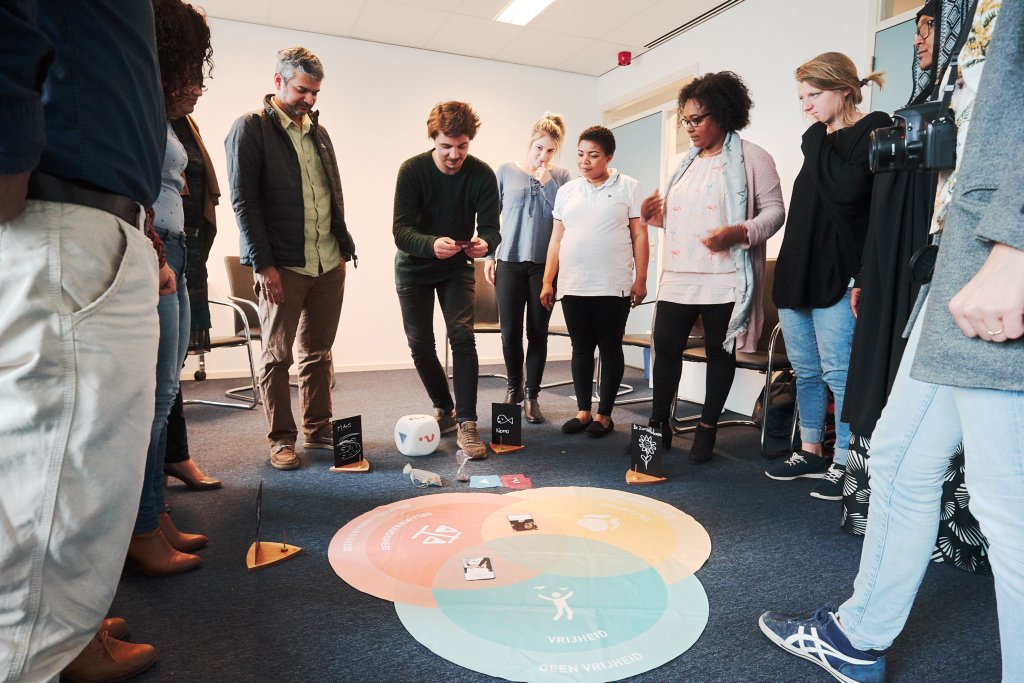 As of October 2017, the Civic Integration Act states that all non-EU newcomers desiring to reside in the Netherlands are required to comply with the Participation Statement Procedure (PSP). They have to sign that they understand and respect the Dutch core values: freedom, equality and solidarity, under threat of a heavy fine.

Our Research Through Design project evaluated aspects of the PSP policy, demonstrating that it does not match the three Dutch core values.

The team recommends the following: Discard the abstract and contradictory Participation Statement. Rather, regard the values workshop as an introduction to a lifelong intercultural values dialogue to reach a pluriform society in which people respect each other’s values.

“The game sparked conversations that would normally not have taken place?”
Gameplay participant

Power in the process