Cybernetic socialism: the board game

How can we imagine a post-capitalist future?

It’s the morning after the revolution: society is moving beyond capitalism towards a planned economy. Players roleplay as members of a brand new planning council, and formulate and develop their collective vision of a postcapitalist world in which everyone thrives, despite a worsening climate crisis. The game stimulates discussion on different forms of post-capitalism while its players gain experience with computerized economic planning and are challenged to refine their vision of “a world after capitalism”.

Players steer the economy by setting targets using industrial development, project, and policy cards, which cover the existing anti-capitalist spectrum. Chosen cards are scanned with a barcode reader, incorporated into the model and placed on the playing board.  Based on these targets, a planning algorithm developed by Paul Cockshott optimizes the distribution of resources, capital and labour. The results are output in diagrams by a receipt printer, which inform the players of their targets’ fulfilment, capital growth, emission levels, and the population’s happiness.

At the start of the game, the board is set up according to a region's material conditions. For the Netherlands area that includes things like pre-existing steel, gas, livestock and services industries, below sea-level tiles, little to no nature and a housing crisis. These settings come with a 'rising tides' climate change scenario: each turn the players roll a dice to see if half the land will be inundated by the sea. The chances of this happening increase if they do not limit emissions. 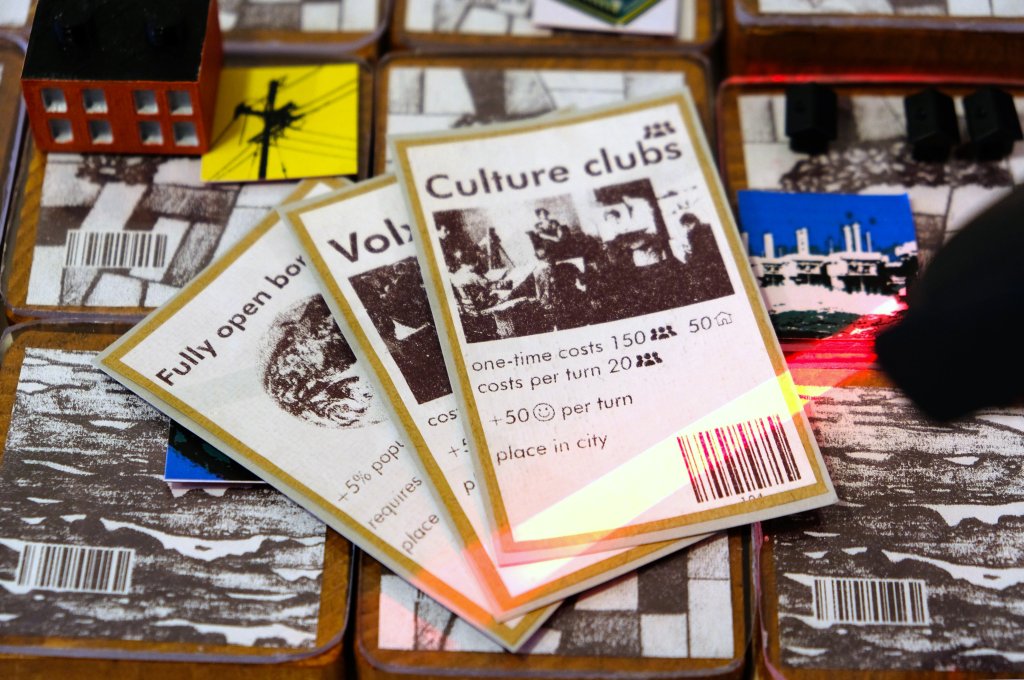 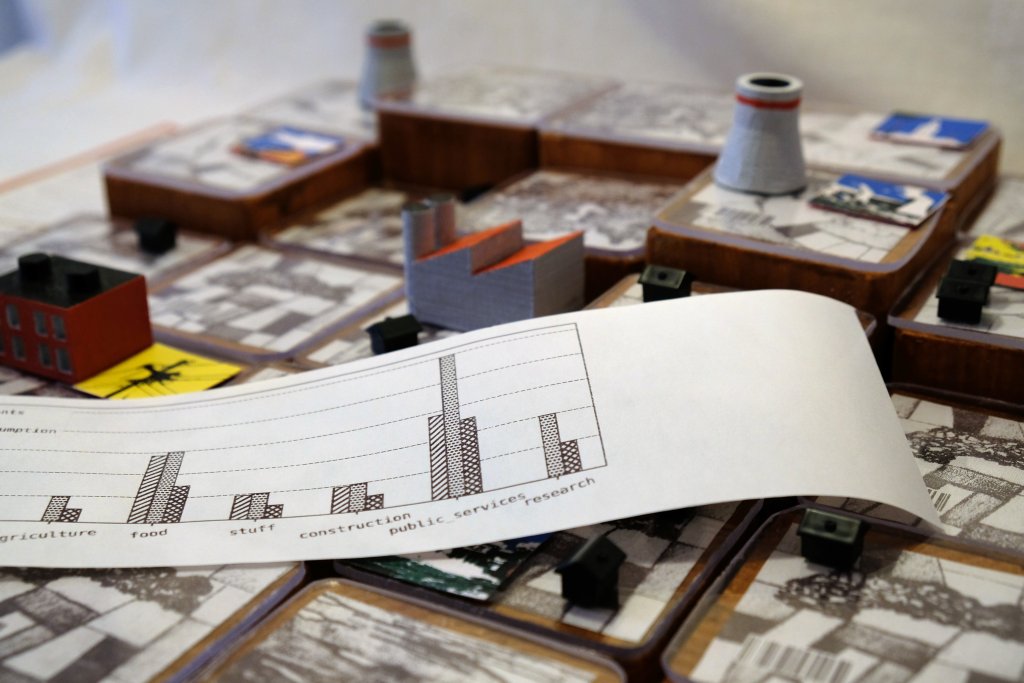 Over 50% of young people worldwide reject capitalism, but what is their alternative? As the saying goes: it’s easier to imagine the end of the world than to imagine the end of capitalism. How do we move beyond anti-capitalism to post-capitalism? When designers create alternative realities on a small scale, they can help users to break out of their ideological confines and explore an entirely new future which is not defined by the lack of its predecessor, but rather one which is a truly progressive annulment of its predecessor's contradictions. This requires the designer to seek out the limitations of their own ideological framework. But with critical examination and a participatory methodology, design can be a powerful tool for radically alternative political imagination.

The powers that shape design