At this moment in history, a staggering 60 million refugees rely on international help - the highest number of displaced persons ever. A large variety of solutions have been developed that cater for primary needs. However, long-term public and community facilities have been neglected.

This project is addressing the necessity of dignifying community facilities in the context of permanent temporariness in refugee camps. Twelve plans for public buildings are developed, each with a different program. During the coming spring, certain parts of these projects will be built in scale 1:1, as part of the building exercises of the battalion of genie troops.

In order to develop these prototypes, a variety of camp types, public building types and techniques have been researched and analysed. All together these studies have been assembled in a catalogue, intended as a toolbox for designing public buildings for refugees. 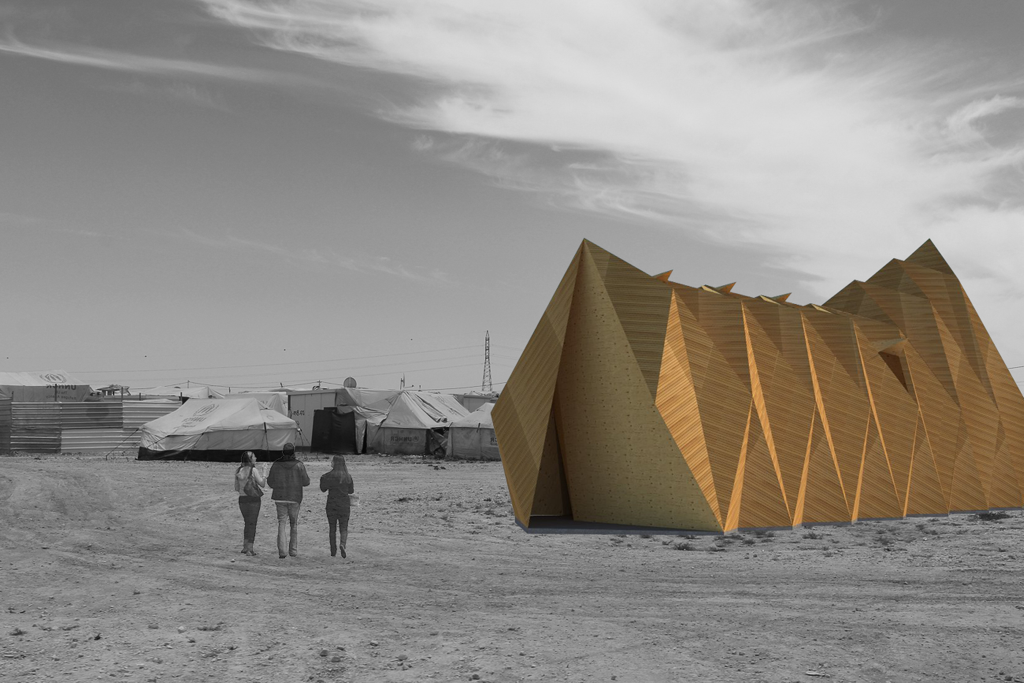 The permanency of these camps asks for long term solutions for community facilities, public space and public buildings.

At this moment in history, due to war and conflict, drought or flooding caused by climate change, we are confronted with over 60 million refugees - the highest number of displaced persons ever. To house displaced persons a large variety of solutions have been developed that cater primary needs. However, long-term public and community facilities have been neglected as an important mean of creating an environment of hope and dignity.

With the graduation studio “Public Buildings for Refugees” we aim to develop designs and prototypes of public buildings that can empower the life of displaced persons. Although refugee-camps are envisioned to provide short-term accommodation, the reality shows that people tend to stay there for years. The average stay in refugee camps has been estimated by UNHCR on 17 years. The permanency of these camps asks for long term solutions with not only housing but adequate community facilities, public space and public buildings to empower personal socio-economical development and enforcement of communities. Within this Lighthouse grant we will design solutions for these public buildings.

Currently, 12 plans for public buildings are being developed, each with a different program. During the coming spring, certain parts of these projects will be built in scale 1:1, as part of the building exercises of the battalion of genie troops. These will serve as prototype tests for the techniques and designs developed within this research. 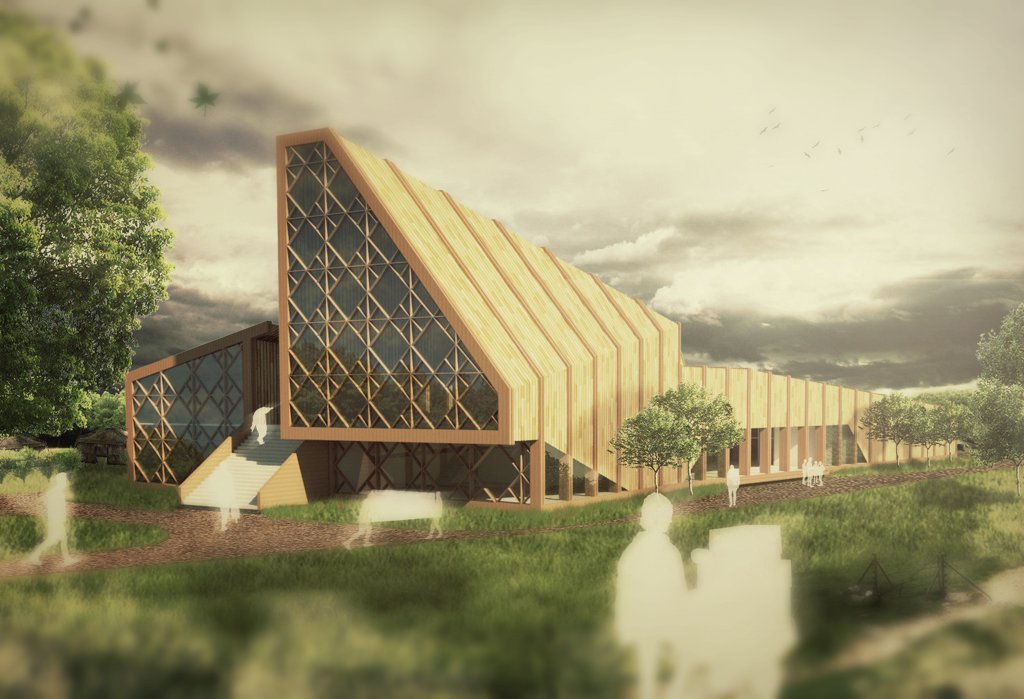 In order to develop a prototype of a so-called “Public Building for refugees”, a thorough research and analysis of existing camps of different kinds around the world has been done; a spectrum of architectural typologies of public buildings that could empower the life of the inhabitants in camps has been analysed and coinciding building methods and building technologies of varying form, from temporal to semi-permanent till permanent buildings have been studied. All together these studies have been assembled in a catalogue book. With the catalogue we aim to give an overview and broader vision of different topics that are of relevance while designing public buildings for refugees.

This book will form a base for designers willing to dig into the issue of public buildings in refugee camps.

The ambition of the book is to frame a base point for a designer that is willing to dig into the issue of public buildings in refugee camps. More specifically, this catalogue breaks the topic in three parts: Urban, Building and Detail.

The Urban part provides an analysis of different camp typologies. Although other types of camps are included, the main focus is on refugee camps. More specific, the chapter offers insight in the structure of the camps and the way this typology has developed. The Building part provides information about different public buildings. Public functions discussed are health centres, community centres, schools, bus stops and market places. The main focus is on the influence of time on the specific typology. The Detail part provides an overview of seven different building materials - earth, cardboard, bamboo, wood, fabric, metal, plastic - with the analysis of built examples in different time spans. At this scale the aim is to clarify the properties and possibilities of each material in a range from temporal to permanent building.

Finally, the goal of the catalogue is to serve as a toolbox, from which a designer can grab elements when for instance designing a hospital. Then the detail part can be used to explore the possibilities of different materials.

HomeProjectsPublic Space for Refugees
View all