What alternative relationships can be formed between humans and silkworms?

Bombyx mori, the domestic silk moth is a species of moth that we have domesticated over 5000 years of silk production. Our relationship with this moth has been always human-centric. The process of silk harvesting has been continually optimised to maximise quality and efficiency. The flightless adult form is thought to be a consequence of this optimisation, and the extraction of silk fibre from their cocoons involves their being boiled. This human-centred practice is an example of how humans exploit non-human species. What kind of relationships could we have with silk moths for kinder and more harmonic cohabitation?

“My intention towards them is fluidic and it surfaces the limitations of designing for multispecies.”
Yuta Ikeya

The designer has spent days caring for and observing the activity of generations of more than a hundred silk moths, carefully noting findings in a research diary.

In the project, we explored alternative forms of non-exploitative relationships, particularly through the lens of mutualistic care. The final concept was then developed using the idea of the human receiving generative ambient music instead of silk. The unexpected and uncontrollable movements of the silk moths form the source of the music in this alternative relationship.

We designed three habitats for the different life stages of the silk moth. The habitats are equipped with capacitive sensors which are activated by these insects and generate tones throughout their lifecycle. They are fed, cleaned and relocated by humans as they grow, who can then witness their lifecycle in the form of a landscape and ever-changing ambient soundscape. 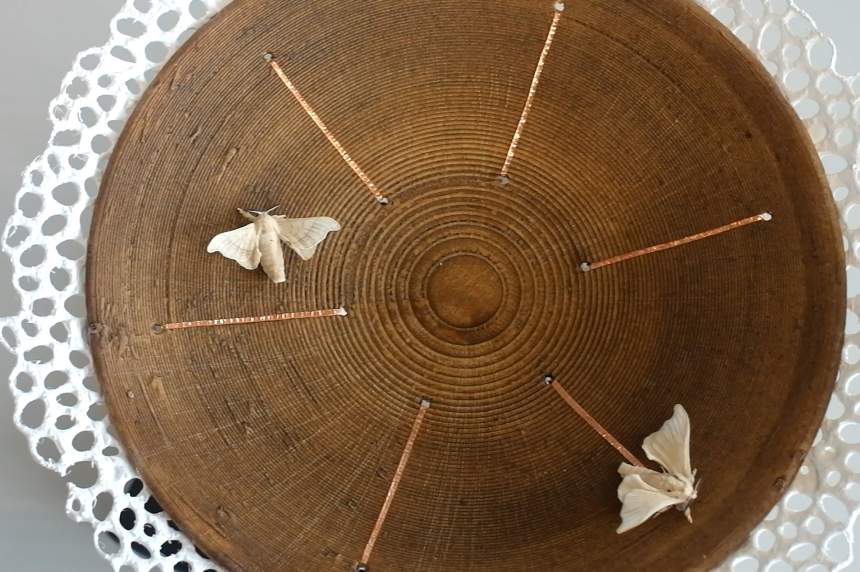 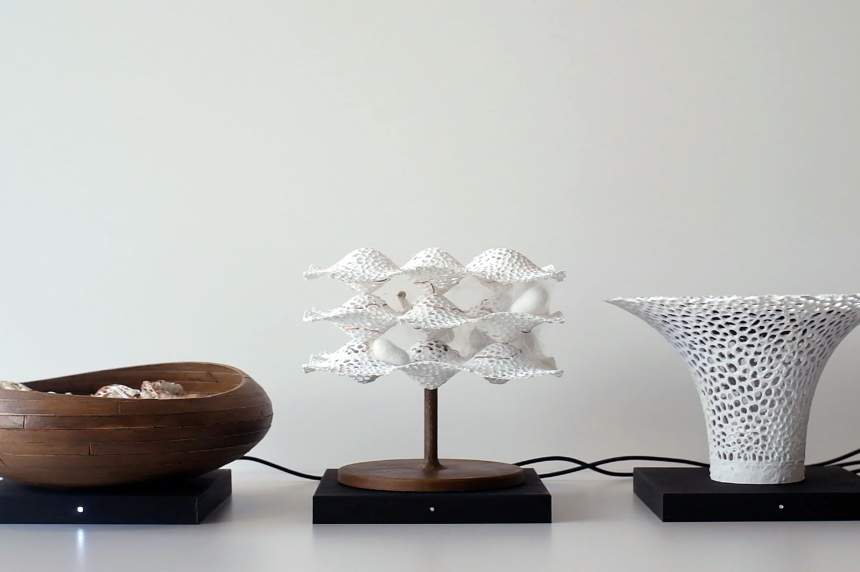 By interacting with the silk moths in the designed habitats, we can speculate on what more-than-human centred relationship we could have with them. The habitats change their appearance as the silkworms grow and so does our interaction with them. This change is apparent in their rhythm and time scale, which is beyond human notion and challenges our human-centric views.

As the project evolved, the fluidic intention of the designer towards the silk moths became apparent: they are pets, they are a project resource, they are users, and they are residents who share space and time. This opens up further discussion of the many tensions that arise from a more-than-human design project.