The driver is the problem and automated driving is the solution.

Underlying the rhetoric surrounding driving automation, one assumption echoes: ‘The driver is the problem’. Whether the argument is to improve driving and traffic efficiency or to reduce car accidents, the driver is depicted as the villain of all transportation issues, and automated driving is presented as the route towards salvation. Coupled with institutional and governmental ambitions, these narratives become a political device, a justification for public investments, regulations and sanctions. This is particularly controversial as it relieves the automotive industry from its share of responsibilities to a point of legitimating and empowering it as ‘fixers’ of the problem, while also steering policy agendas away from holistic approaches to the problem.

“What is the dot on the horizon we are aiming for?”
Focus group participant 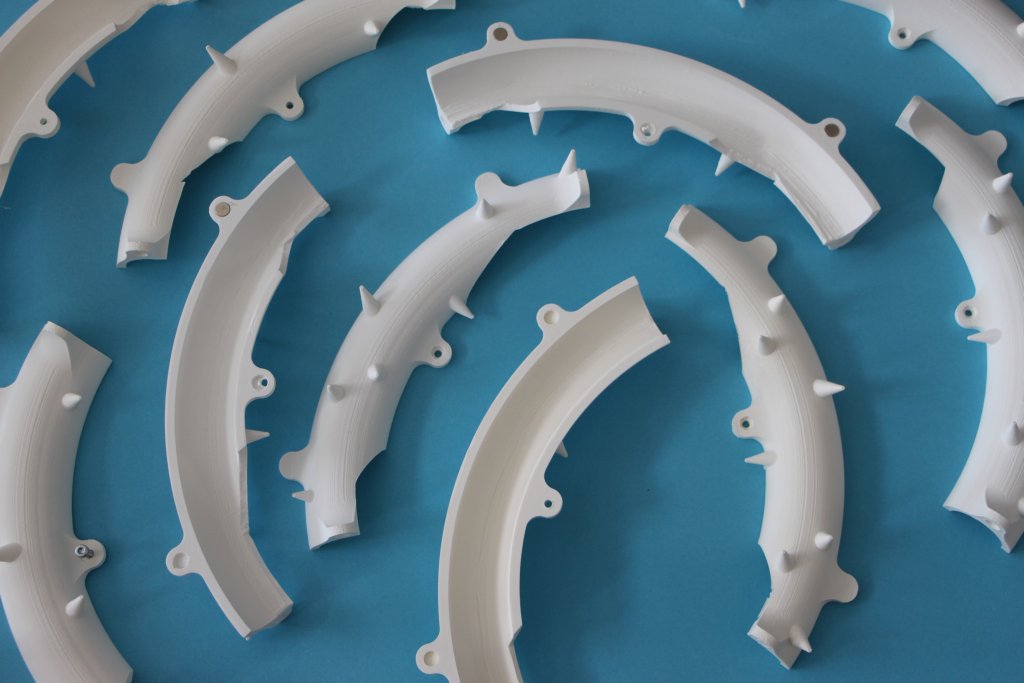 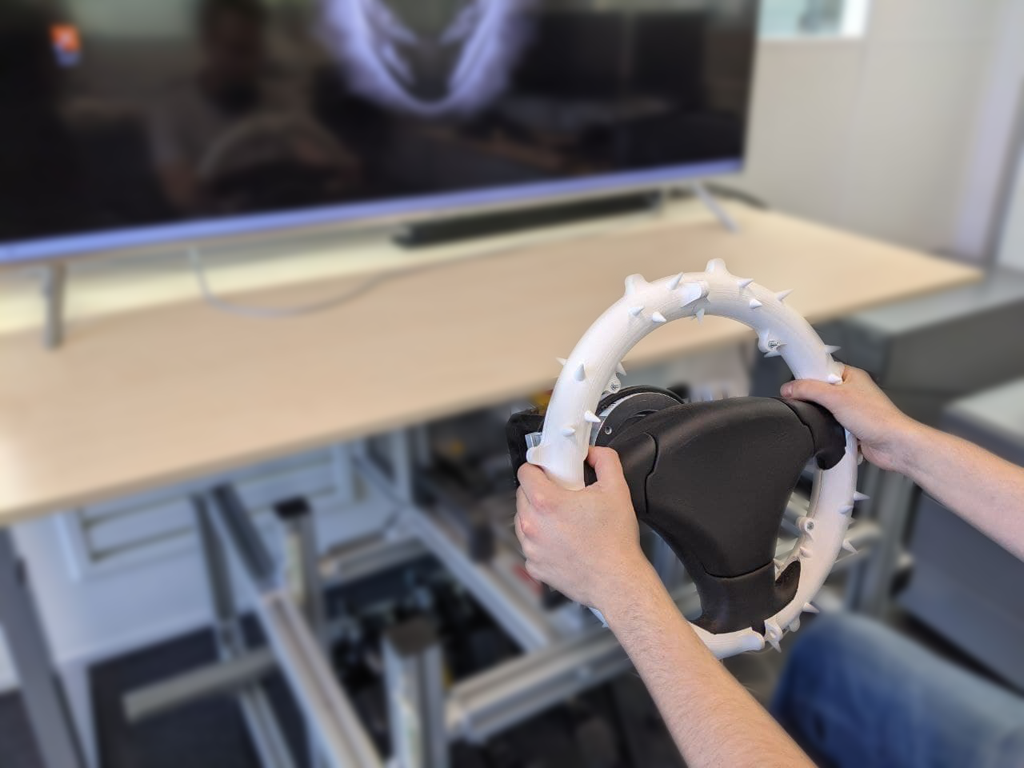 We designed a set of four provocative steering wheels shaped as allegorical representations of alternative perspectives towards driving automation. We characterized them with features that would generate cognitive estrangement and sustain ambiguity. Each artefact builds on the emblematic element of the steering wheel and hints at a specific narrative through distinct design features: spikes, crutches, handcuffs, and table-like surface. Despite the differences, all artefacts suggest an underlying narrative of driving automation as an implicit trade-off between driving comfort and safety, as if these were directly (or inversely) proportional to the amount of control over the steering task. In this way, we purposefully suggest a reductionist and controversial idea that comfort is associated with safety, with the intention to provoke debate. We developed the four artefacts in three alternative versions: visual representations; tangible (3D printed) but non-experiential artefacts; and tangible (3D printed) experiential artefacts as add-ons on a driving simulator. 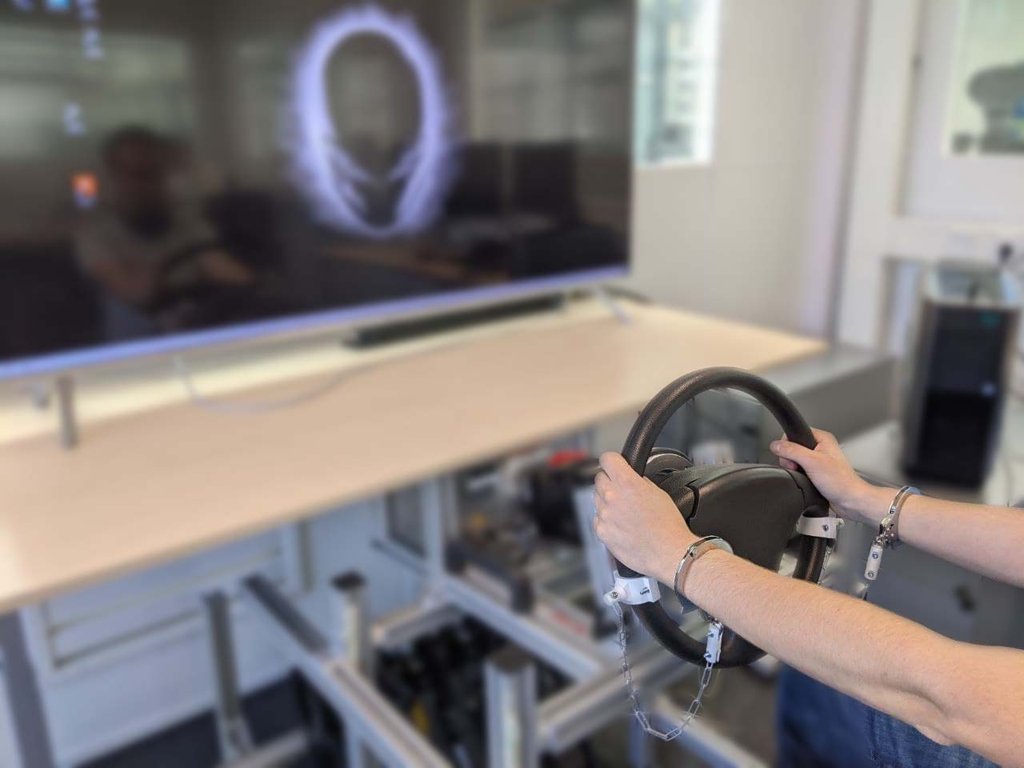 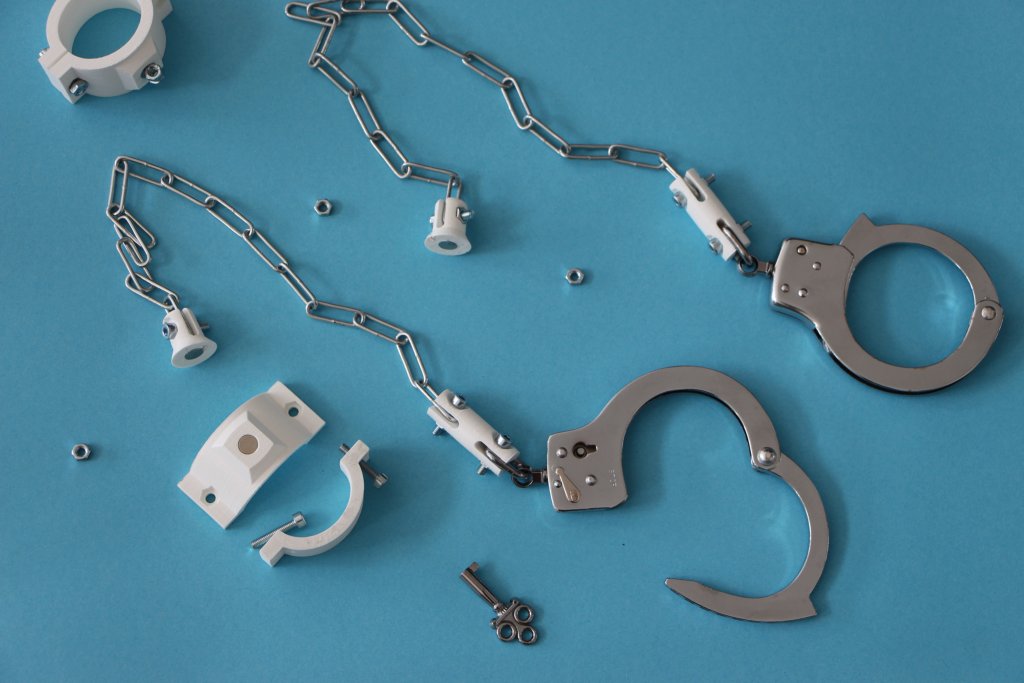 “…it can be achieved. If you would remove humans from cities and replace them by cars…”
Focus group participant

We used these provocative artefacts within the context of focus groups to explore stakeholders' understanding and reasoning about driving automation, and to learn if these can be affected by being exposed to these artefacts. The focus groups revealed that stakeholder discussions tend to initially map to dominant narratives but diverge over the course of the activity, surfacing relevant narrative tensions in the argumentations of why we should strive or not towards driving automation.

In this, the provocative artefact distinctively promoted discussions that were not solely critical, but also generative as these helped envision a concept of human-vehicle interaction as bargaining partners. As such, this work contributes to the design disciplinary commitment to finding ways for opening up opportunities for confrontation and contestation, as a way towards democratic development of technology. 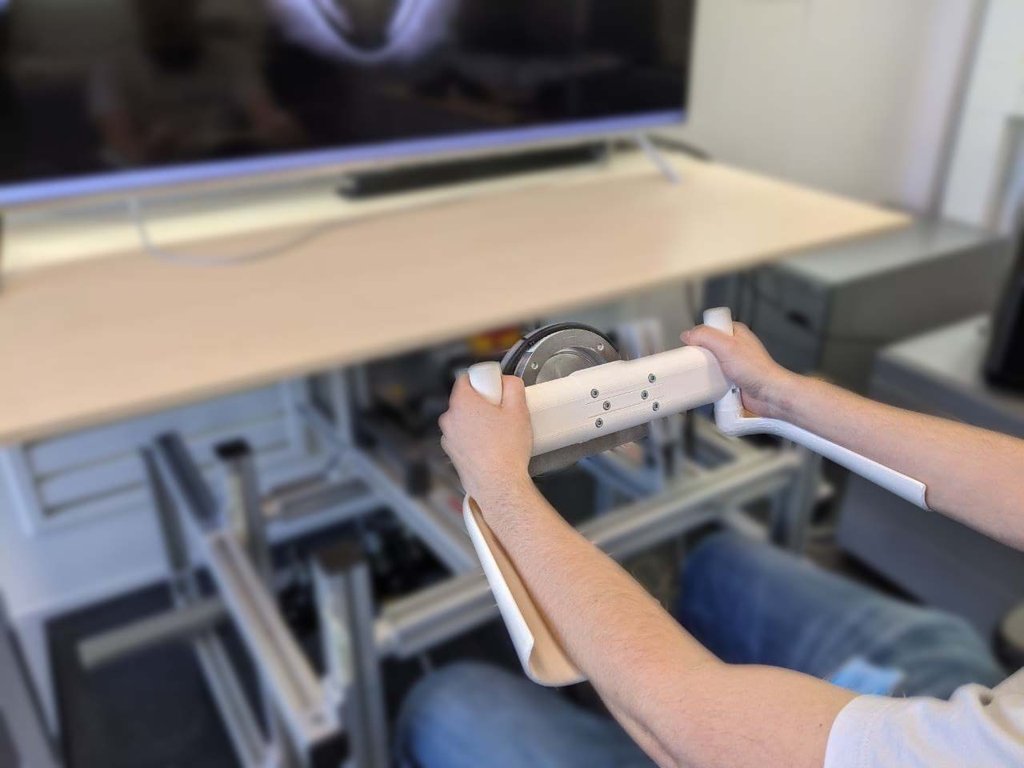 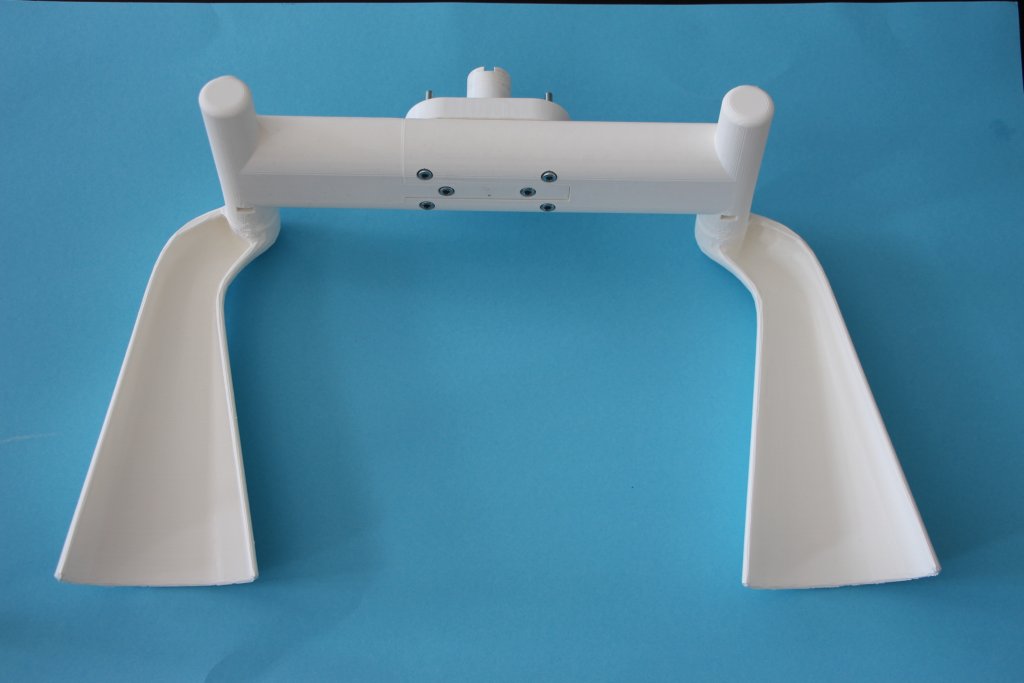