The spin-off of the spin-off | ChainCraft B.V., a spin-off of Wageningen University & Research, makes sustainable and fully circular fatty acids. The raw material is used in various products, from healthier animal feed to sustainable plastics. This is a big step towards a circular economy. 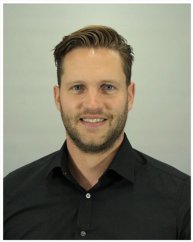 The spin-off of Wageningen University and Research (WUR), ChainCraft, makes sustainable and fully circular fatty acids. The raw material is used in various industries and for different products. Currently, the company focuses on the animal feed industry. “The fatty acids are good for the intestinal flora of the animals,” says Niels van Stralen, director of ChainCraft. At the moment, fatty acids are still mainly made with petrochemical oil – which is made from petroleum – or palm oil. “These types of oil are not good for the environment. Our fatty acids are completely biobased and therefore a lot less environmentally harmful,” states Van Stralen. “Moreover, we can make the fatty acids locally. That saves a lot of costs and CO2 emissions around transport.”

ChainCraft has a factory in the port of Amsterdam. The process starts with organic waste such as leftover fruit and vegetables, which is converted into fatty acids by a certain composition of bacteria. “This is pretty much the same process that is used to make biogas. We just extract the fatty acids from the fermentation process,” he says. The fatty acids can be a liquid or a powder.

In addition to animal feed, the fatty acids could also be used in the chemical industry in the future. For example, they could also be used in plasticizers. These are substances that manufacturers use to make plastic flexible, such as a shower curtain. In addition, the fatty acids could serve as a more durable substance in herbicides (weed killers. ed.). “Currently, toxic and difficult-to- break-down substances are often used for this. This is no longer necessary with these fatty acids,” he explains. In the future, we may even come across the fatty acids in our own food, for example, as a sustainable replacement for colorants or flavorings.

From lab to factory

What once began as a pilot plant/experiment in the laboratory of the Environmental Technology Section at WUR has now become a factory that processes 20,000 tons of organic waste per year. “In the final phase of my studies, I first came into contact with the technology,” Van Stralen says. At the time, the technology had just been discovered by his colleague Kirsten Steinbusch. “She was doing research on the conversion of waste streams to biofuels. Then she discovered by accident that organic waste could also be converted to fatty acids,” he continues.

The university patented the technology. Steinbusch and Van Stralen were able to take over the patent in 2010 to develop it further commercially. “For this, the students and scientists at our university did not have to pay anything at the time,” says Cees Buisman, professor of Biological Cycle Technology in the Environmental Technology Section. If the company they set up with the patented technology becomes a success, however, the company must pay a so-called success fee to the university. “This arrangement is interesting because it means the entrepreneurs don’t have to give away shares of their company right away.” 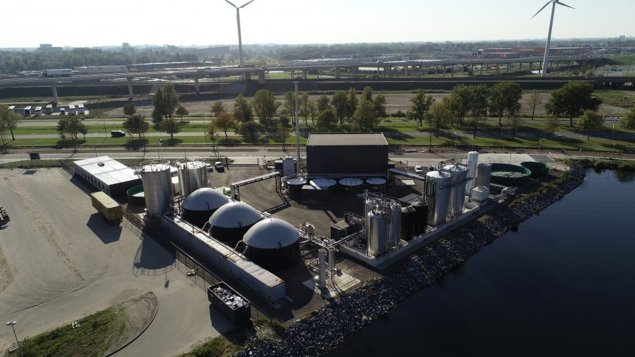 Photo: ©ChainCraft | The ChainCraft factory in the port of Amsterdam

This is how ChainCraft came to be. “It is technologically and commercially a challenging puzzle to put together,” says van Stralen. That, he says, is what makes running a spin-off so fascinating. “During my studies, I already found the commercial side of innovation interesting in addition to the scientific side. It’s nice to have a stake in the more sustainable world of the future.” 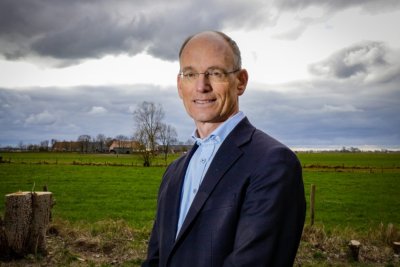 This interest in the commercial side of new technologies is special, according to Cees Buisman. Buisman saw ChainCraft grow into a mature company in recent years. “We see that many science students start their studies because they want to improve the world or because they want to do research and discover things. Very few students are interested in business and entrepreneurship so early on,” he explains, although those students are very important. “We do a lot of research in collaboration with business. They are always interested in people who want to work in a company.”

Over the past ten years, ChainCraft’s technology has continued to evolve. From the laboratory, it has been scaled up by a factor of 500 to a pilot plant, a small factory. This was done with the help of investors Shift Invest and Horizon 3. When there was a prospect of an industrial application, ChainCraft was able to scale up one more time to the factory size it is today. “For that, we went back into the market to attract new investors,” says Van Stralen. Laid out like that, it sounds like an easy road, but it wasn’t at all. “There have been difficult moments in the development,” he says looking back. “We have faced major technological challenges. The process has to have a certain robustness to be able to use it on a larger scale, which was also very difficult to get done technologically.”

“We got through it well as a team,” he continues. Setting up the a new company also has many great moments, according to the entrepreneur. “For example, concluding the first agreement for the purchase of our product or winning a large grant.” And the company continues to grow. In the next three years, Van Stralen wants to build an even larger factory. To that end, the company is now engaged in a round of financing. “We are currently making sales, but there is no profit yet,” he says. “The real profitability is in the next factory, when we can scale up one more step.” That factory will then be ten times larger than the current one.

Plant growth is not endless; there has to be enough supply of organic waste. “If we scale up so much that waste has to come from far away, the transport costs and with it the environmental burden will shoot up,” Van Stralen outlines. That’s why he wants to build three more fatty acid plants in the next ten years. “There is a good chance that these will not be located only in the Netherlands,” he adds.

In addition to the expansion of the factories, research into the technology is also continuing. For this, ChainCraft works closely with the Environmental Technology Department. For example, several projects with PhD students are underway. “Our research volume is partly made possible by ChainCraft,” says Professor Buisman. “Conversely, our students may go to work at ChainCraft in the future.” Such collaborations between spin-offs and universities show the relevance of research, according to Buisman. “It really benefits society,” he states.

Wageningen University & Research does a lot of fundamental research in addition to collaborative research with industry. “It’s important to look at completely new technologies. That is risky because it is not certain that you will get a successful result, but it is important. It is precisely in that risky research that we stumble upon new technologies that can provide more spin-offs,” Buisman says.

This is also how ChainCraft has been able to grow into a successful company. The director is very confident about the upcoming financing round and the conclusion of new purchase contracts. Van Stralen: “There is a significant, global development going on in the field of circularity and sustainability. We have come at exactly the right time with an opportunity to take the next steps in this area.