The spin-off of the spin-off | The University of Twente spin-off FlowBeams is working on a technology to inject liquids, such as vaccines or insulin, without the use of needles. This significantly reduces the risk of infection and also cuts down on a lot of waste.

Injecting without using needles -it may sound like magic, but according to David Fernandez Rivas, 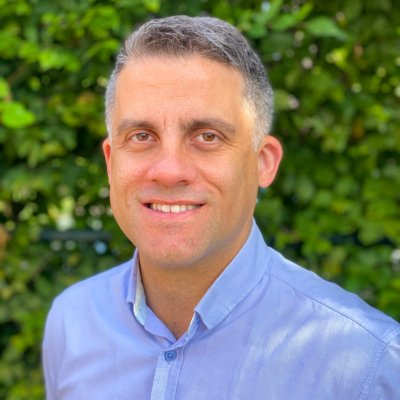 it is the future of healthcare. Everyone ends up having a number of injections in his or her life, such as vaccinations. Some people are given medication by injection with considerable regularity, for instance, insulin syringes for diabetics. Injecting with needles comes with a number of risks, like the risk of infection for patients. There are also risks for healthcare staff. For example, they may accidentally prick themselves instead of the patient. In addition, injections can hurt and damage the skin if you get them very often. Moreover, about 20% of the world's population suffers from a fear of injections.
With the new technology from FlowBeams (a spin-off from the University of Twente (UT) in the Netherlands), this is a thing of the past. "With our technology, the liquid substance that we are going to inject also becomes the actual needle. This eliminates the need for a metallic needle," says David Fernandez Rivas, who, in addition to being a professor at UT, is also the founder of FlowBeams. His technology is a godsend for people with a fear of needles.

How does that work exactly? "We put the liquid in a narrow conduit and we heat it using laser technology. This creates a bubble. The bubble pushes the liquid through the conduit which allows it to penetrate the skin," Fernandez Rivas explains. It has now been proven that with this technology, the liquid does actually pass through the outer layers of the skin. No wound is visible after the injection. "There are two possible explanations for that," he says. "Either the wound is so small that you hardly see it. Which means it also heals very quickly. Or there's no hole in the skin at all because the fluid passes between the cells."

FlowBeams is planning to use the new injection technology to forge ahead with even more innovations in the medical field. "For example, vaccinations and insulin work best if these substances are not injected very deeply but rather on the surface of the skin. The liquid then enters between the layers of the skin," Fernandez Rivas clarifies. There are still many ways to optimize injection of vaccines, for instance. "Clinical studies are now being conducted all over the world - including in the Netherlands - whereby a vaccine is injected very superficially into the skin. Then we only need a small fraction of the customary dose. By doing that, people are not being administered too much medicine in their bodies, so we are able to vaccinate a lot more people with the same amount of vaccine."

The administration of insulin can also be further optimized this way. "It will have a profound impact on the lives of diabetic patients if we can use our technology to inject the insulin precisely into the skin layer where it is best absorbed by the body," he goes on to say. Every body reacts differently to insulin. Treatments can become personalized by injecting insulin in exactly the right place. Which means that too much or not enough insulin is injected far less often as a result.

More relevant than ever

Owing to the corona pandemic and the widespread vaccination campaign, this development is more relevant and important than ever. Not only in the medical field, but also in terms of sustainability and the environment. " After all, using needles to administer injections creates a great deal of plastic waste. Especially if vaccinations are carried out on a large scale, as is currently the case with the corona pandemic. Since we don't need needles, we can reduce the amount of waste substantially," he contends. Fernandez Rivas would like to make the container that holds the liquid out of recyclable or compostable material. "That's the advantage of developing a whole new technology. We can now start making other choices in the basics, for example, when it comes to the life cycle of materials."

Which is why the founder is delighted to be able to make such a significant impact with his company. "As a scientist, I am interested in solving problems, both in the medical field and in the waste and pollution fields. But we are taking it a step further. The technology we are working on affects virtually everyone. Even the healthiest individuals on earth receive an injection from time to time. That starts when you're just a newborn," he adds. "For those people who need an injection on a daily basis, this is obviously fantastic. As the population continues to age, the number of people who need an injection on a daily basis is set to increase as well. People will only need more injections in the future. Our technology will become even more important then."

Fernandez Rivas wants the technology of FlowBeams to be made available not only to rich countries, but also to poorer ones. He sees the rising costs in healthcare as the greatest societal challenge at the moment. "You see it now with vaccines: rich countries had them right away, but for poorer countries, it's a lot harder," he maintains. "I would like the technology to be interesting from a business perspective, that we can sell it and run a business that way. At the same time, I want us to be able to use the technology for the benefit of society. It may be naive, but I think it is possible to do both."

That ties in perfectly with the role Fernandez Rivas has as both an entrepreneur and a scientist. "I want to build a bridge between training new generations at the university and developing a technology in a company to change the future." Since FlowBeams works with technology that was developed at the University of Twente, the university has been closely involved in the establishment of the company. "I do feel the trust and support that the university provides. The UT helps me to do what I do," he adds.

But starting a business straight out of university is in his view not always easy. It is a slow process. Sometimes it can take up to fifteen to twenty years for a technology like the one that we are developing to come to market. I think sometimes it can be accomplished faster, although there are also advantages to taking the more gradual approach so that you can think everything through." Occasionally there is criticism from the outside too. "People may think I'm using public money to set up a business and get rich by doing that. That's not my intention. In this respect, I think transparency is extremely important. That is how we are able to show what we are doing."

Fernandez Rivas is now in discussions with several partners, such as patient associations, to bring FlowBeams' technology to market. Although that's not so straighforward in the medical sector. The product has to comply with all kinds of quality marks."It could take a few years to get that far," he says.

The technology can also be used in the areas of medical tattoos and cosmetic treatments. “We can bring that application to market within a year. That, in turn, makes it much easier to get eventually get approval for its medical applications.”

With FlowBeams, Fernandez Rivas wants to help ensure that healthcare is better tailored to a given patient's personal traits and needs. "I hope that the technology that we have developed can help everyone who needs an injection. In other words, the whole world population," he states. As a university professor, he wants to help young people. "They have the future. An entrepreneurial spirit is in my opinion really important. Not that everyone has to become CEO of their own company. With entrepreneurial skills, you can make a difference to society in any capacity.”