The spin-off of the spin-off | A sensor on steel bridges designed to detect fatigue cracks and monitor the progression of this damage. That's the headline-making feat of the TU Delft start-up Villari in the Netherlands.

Tens of thousands, possibly hundreds of thousands of bridges in Europe are at the end of their life cycle. In order to avert disasters such as the collapse of the Morandi Bridge in Genoa (2018), bridges must be continually inspected to check their stability. Inspection is traditionally carried out by specialized personnel who perform, in particular, visual inspections to determine whether the steel structure is showing signs of deterioration. Inspection costs are high, and there is a real risk that very small cracks could be missed.

A new, thorough way of keeping tabs on steel bridges has come from Delft. Villari is the name of the start-up that was set up less than two years ago by Hugo Romer and Olivier Baas, two students who graduated from the master's program in Offshore & Dredging Engineering. Villari has developed sensors that are attached to a steel bridge and detect fatigue cracks and subsequently monitor the progression of this damage. The company is named after the Italian engineer Emilio Villari (1836-1904).

The use of sensors in infrastructure as a control mechanism is not new. For example, an Italian company has developed wireless sensors for use on bridges to "monitor" vibrations, among other things. But Villari's sensors do more than this. The product is a combination of hardware and software. The wireless sensor (the hardware) measures all kinds of load factors of the bridge and transmits the data to the server. On the software side, this data is processed and translated into concrete objectives. That is how the manager of such a bridge can easily gain insight into, for example, the length of the crack and whether there is a crack in the structure at all.

Even though Villari has only been around for a relatively short time, the company has already earned the trust of the Dutch Department of Public Works (‘Rijkswaterstaat’), among others. Several of their bridges are now equipped with Redfox sensors, as Villari's sensors are officially called. The 31-year-old Romer says Villari adopts an unorthodox approach to product development, where laboratory testing goes hand in hand with real-world applications in a way that is much more immediate than what is common in the industry.

For one thing, the first version of Villari's sensors was still equipped with a cable. That meant that Romer & Baas could try out the hardware right away. The first results were excellent, not too bad for a company that had been in existence for less than eight months. For example, the sensors correctly showed cracks, and more importantly, did not give any false negatives. "The light turned green for us and for the customer." The next step was to make the device wireless. "Going wireless creates added value, because it means you don't have to read out the data on site every time." Villari will complete a project with 80 wireless sensors on two bridges by the end of this year. 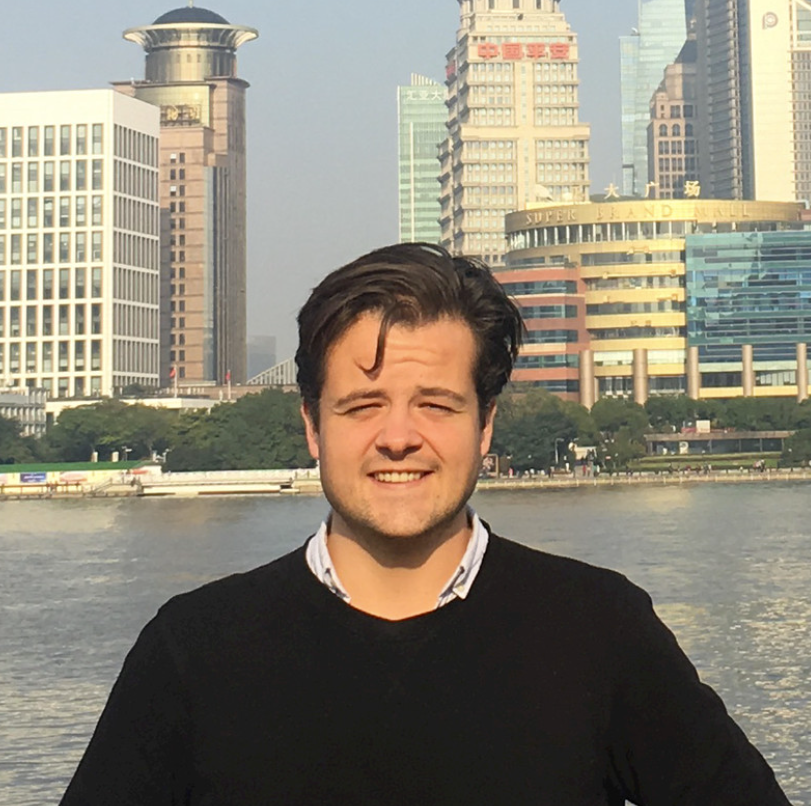 Villari owes its flying start in part to the fact that the company is building on a research project led by Mirek Kaminski, professor of Ship and Offshore Structures. That project was born out of the offshore industry's demand for a solution to the deterioration of floating production platforms that pump oil and gas. These so-called FPSOs are in fact floating factories anchored deep in the sea in all kinds of weather for at least 10 years.

Like all moving structures, these platforms are also subject to vibration and crack formation as a consequence. Inspection crews always have to be brought in by helicopter to these kinds of FPSOs. This is a very intensive and therefore costly undertaking. Kaminski did research into whether sensor technology might be something for using on FPSOs.

"Once the project was completed, we said to each other that it would be a shame not to take it further," Romer recalls. Both men wanted to put the technique into practice, not so much on FPSOs ("that's still too complicated"), but on other steel structures. Market research showed that there was a demand for a new form of fatigue crack detection and control, especially on bridges.

A unique aspect of Villari is that their system is specifically designed to detect damage. "Engineering models and formula estimates are set up very conservatively in a lot of cases. Steel bridges are being calculated as being broken as a result. This leads to inspection teams constantly being dispatched, while time after time they find nothing. Of course, there is nothing wrong with that, but it isn't efficient if that happens to infrastructure that, in actual practice, doesn't have much of a problem with it."

The fact that cracks are appearing in bridges and other steel building sections is not in itself alarming. However, it is important to constantly check the formation of cracks and take appropriate action. Fatigue cracks can actually be tolerated to a certain extent. And that is exactly what Villari's sensors do, which is mainly to monitor how damage is developing.

Frequency is also an issue. On bridges where no problems are detected, or where the fatigue crack is not significantly large, the measuring frequency may be low. Usually, measurements are started at a high frequency. The next generation of sensors are then remotely down-tuned," says Romer. This is also good for the energy consumption of the sensors, which in any case last five years when used to their full capacity.